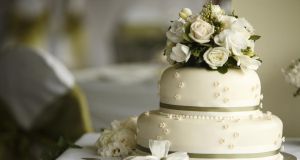 The sum is the maximum that can be awarded in such a case. Photograph: iStock

A Traveller woman has been awarded €15,000 in compensation by the Workplace Relations Commission (WRC) for discrimination she suffered when she tried to book a hotel for her wedding.

The sum is the maximum that can be awarded in such a case.

In its decision, the WRC referred to the “dismissive nature” of the hotel’s contacts with the woman after she provided information that would have identified her as a Traveller, as well as to the failure of the hotel to appropriately engage with the WRC.

“I am satisfied that the level of the compensation awarded in the within case must be reflective of these factors and must be such that it dissuades the respondent from repeating such discrimination in the future,” the deciding officer, Ray Flaherty, said in his decision.

Neither the woman nor the hotel were identified in the decision, which was made earlier this month and published on the WRC website on Sunday.

The woman contacted the hotel in July 2019 by email about holding her wedding there, and received an email response that was “positive and congratulatory in tone” from the hotel’s wedding co-ordinator that same day, inviting her to a wedding showcase event the following day.

The co-ordinator asked how many guests would be attending, and was told 100-120. The email address being used by the woman did not disclose her surname.

On the day of the event, there were further email communications, in one of which the co-ordinator asked for the woman’s surname.

In response the woman supplied both her surname and that of her fiance. After that the the exchange came to an end.

The woman told the WRC that when she turned up at the hotel, the co-ordinator, “Ms A”, was “aloof and rushed” with her, and did not bring her on a tour of the venue, even though a couple there told her they had been brought on a tour. Ms A told her she would be in contact about available dates.

Two days later, the complainant contacted Ms A inquiring about dates, but received no response.

“The complainant submitted that she and her family members, who attended the wedding showcase with her, present as, and are readily identifiable as, members of the Traveller community,” Mr Flaherty said.

“It was further submitted by the complainant that her surname was common among Travellers and that the town where she resides has the highest proportional Traveller population in the State.”

The woman said her treatment had left her feeling “devastated, humiliated and like a second-class citizen”.

The hotel failed to properly respond to the complaint and did not attend the oral hearing scheduled for the case, Mr Flaherty noted.

The woman was supported at the WRC by the Flac Traveller Legal Service.

In a statement issued through Flac, she said it was a “very satisfying feeling, that we as Irish Travellers do matter, and deserve to be treated with respect and dignity”.

The chief executive of Flac, Eilis Barry, said many Travellers experienced great difficulties when it came to booking venues to celebrate important events such as weddings, Holy Communions and funerals.

The decision by the WRC shows that this kind of practice, “which amounts to a kind of social apartheid”, will not be tolerated, she said.