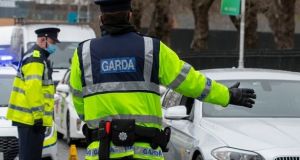 Last year about 20 gardaí per month were referred for independent psychological assessment, up from 18 a month the previous year. Photograph: Collins

The Covid-19 pandemic is having a detrimental impact on the mental health of gardaí, new data suggests.

The Garda’s internal 24-hour welfare helpline received an average of 59 calls per month between July and November 2020, by far the highest volume of calls since the service was established in 2016.

Over the preceding year, the service received 41 calls a month. In the year before that it received 36 a month.

The figures, which were released to The Irish Times following Freedom of Information requests, show an increase in activity for almost all garda mental health services during the pandemic.

An average of 204 counselling sessions, either face-to-face or by telephone, were provided to gardaí per month between July and November, up from 144 a month during the previous 12-month period.

Also, last year about 20 gardaí per month were referred for independent psychological assessment, up from 18 a month the previous year.

Last March, when the virus first started to take hold in Ireland, 474 work days were lost due to mental illness. In October, the last month for which figures were available, that number was 486.

There have been 247 spitting or coughing attacks on members during the Covid-19 pandemic as well as instances of gardaí being verbally abused and filmed while enforcing regulations, leading to further online abuse.

During the same period, 15 gardaí were granted early retirement on psychological grounds and 16,116 work days were lost due to mental ill-health.

In September last year, the Garda introduced mandatory counselling for members working in certain specialist areas. Gardaí attached to the Cyber Crime Bureau, which handles child abuse imagery cases and members of the Protective Service Units, which deal with sexual crime, now have to undergo “psychological support sessions” on entering and exiting their units and at regular intervals throughout.

A Garda spokesman said the welfare of all staff “is of paramount importance to senior Garda management”.