Connolly Hospital facility to open from 10am to 5pm, Monday to Friday only 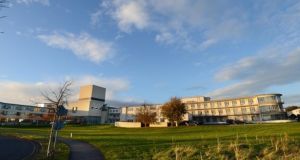 The new paediatric urgent care centre at Connolly Hospital in Dublin will open on schedule on Wednesday but its hours of operation are to be restricted by a further three hours a day due to a shortage of senior doctors.

The move was announced on Monday evening after a meeting between management at Children’s Health Ireland (CHI), the group overseeing paediatric hospital services, and hospital consultants who had expressed concern regarding risks attached to opening the new facility.

CHI said patient safety was a primary driver of all decision making and a central part of the planning surrounding the opening of the new paediatric services at Connolly Hospital in Blanchardstown.

“In relation to opening hours of Connolly, CHI has listened to our paediatric emergency medicine, radiology and laboratory medicine clinicians about the length of time to get patients processed through the centre.

“To address their concerns, we have further reduced the opening hours to 10am - 5pm, Monday to Friday and put in an experienced registrar in the afternoons for the month of August. CHI has put a weekly review process in place and will continue to monitor and adjust as required.”

CHI said out-patient services would operate from 8am to 6pm Monday to Friday, the same opening hours which had been controversially proposed earlier this month for the paediatric urgent care centre.

Medical organisations said they were disappointed that the new urgent care facility for children would not operate to the extent that was envisaged in the original plan for the facility, namely 8am to midnight seven days a week.

The Irish Medical Organisation (IMO) said it was “a matter of considerable frustration that these services will not operate to the full extent of what was originally planned in the model of care agreed between consultants and the hospital group ”.

“Unless and until the recruitment problem is sorted there can be no further expansion of children’s services at this centre or in terms of the broader development of satellite clinics and the new Children’s Hospital.”

The Irish Hospital Consultants Association (IHCA) said the unit would “operate on a much reduced part-time basis”.

It noted that, as part of additional risk mitigation measures required to address the failure to recruit a sufficient number of paediatric emergency medicine and paediatric radiology consultants, radiology resources from Tallaght and Crumlin hospitals would be used to provide diagnostic services at the the new urgent care facility.

It said it had been originally planned that two paediatric radiology consultants would be recruited to undertake this work on the Connolly Hospital site.

The IHCA also maintained that “use of point of care” blood testing would be introduced at the new facility rather than a full laboratory testing service as had been originally planned.

A spokesman for Minister for Health Simon Harris said: “The Minister welcomes the resolution reached. The urgent care centre will see 500 patients in the month of August. That is 500 fewer children waiting for treatment and the start of the exciting use of an incredible, state of the art facility.”

On Monday, paediatric radiologists at Temple Street Hospital in Dublin expressed concern that if resources were diverted to the new facility at Connolly it would lead to increased waiting times for children in their own hospital.

“Given the original planned opening times [AT CONNOLLY]were 8am to 12-midnight seven days a week, it means that the new urgent care centre will function at 44 percent of what was originally proposed”, the group of seven radiologists state in a letter.

“Such a diversion will lead to increased waiting times for diagnostics such as ultrasound, MRI, fluoroscopy and nuclear medicine studies. Cancelled appointments and delayed treatments for children attending Temple Street is inevitable.

“Given that Temple Street already has the longest wait times of any hospital in Europe (for example, there is currently a 27-month waiting time for an outpatient MRI appointment), such a scenario unfolding will likely exacerbate waiting times even further.”

1 John Hume, architect of peace process, dies aged 83
2 Maureen Dowd: The US president and the damage done
3 Coronavirus: Warning against blame game as 46 more cases are confirmed
4 David Trimble: After the big dinner in Oslo, somebody said why don’t we party together?
5 Covid-19: ‘Green list’ may shorten as Cabinet looks to tighten travel restrictions
Real news has value SUBSCRIBE