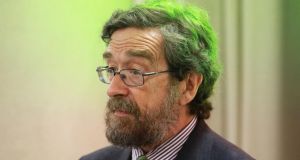 The social welfare and tax systems will not be able address many of the factors that keep people in poverty in the State, the adjunct professor of economics at Trinity College Dublin (TCD) has said.

Prof John FitzGerald said a range of other measures were needed if “substantial further progress” was to be made in tackling poverty.

He said in order to develop a “fairer system” a complex response was needed in terms of promoting workforce participation, life expectancy rates and housing.

Prof FitzGerald, who is also a research affiliate at the ESRI and an Irish Times columnist, was addressing the MacGill Summer School in Glenties, Co Donegal on Thursday.

“Governments of all parties for the last 30 years have targeted reducing poverty, they’ve taken it seriously but the problem is housing wasn’t part of it. We lost sight of the fact this was potentially a huge problem,” he said.

“The problem with housing is the supply response is very slow. The only long term solution to the problem of housing poverty is to increase the supply of housing. At the moment a lot of policy measures effectively just juggle the allocation of the existing limited supply and some of these measures may even be counter-productive, disadvantaging people who really do need priority in terms of housing.

“Until we see major further increasing housing supply, the problem will remain. But the problem is there’s not a silver bullet.”

Prof FitzGerald said childcare remains a barrier to certain groups entering the workforce, in particular lone parents, and that he would favour the introduction of a “Scandinavian-type childcare system”.

He also referenced CSO data published a number of years ago which showed “very significant inequality in life expectancy” for children who dropped out of school early or those from lower socio-economic backgrounds.