Next 10 days critical in fight against Covid-19 in Cork, says adviser 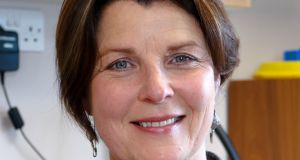 Dr Mary Favier: ‘The Cork figures are coming in from a very low base but they have doubled week on week for the last two weeks.’

The next seven to 10 days will prove critical in the effort to contain Covid-19 numbers in Cork and will determine whether or not the city and county continues on an upward trajectory, mirroring the rise of cases in Dublin,a leading GP in the city has warned.

Covid-19 Advisor to the Irish College of General Practitioners, Dr Mary Favier said there is serious concern among health professionals on Leeside at the rate of increase in Covid 19 cases in Cork as although they are coming from a relatively low base, they are doubling at a very quick rate.

“The Cork figures are coming in from a very low base but they have doubled week on week for the last two weeks so it’s not a slow gradual climb, there’s been a really big jump and that’s a huge concern,” said Dr Favier, a former President of the ICGP.

Dr Favier said that the next week or so will be particularly critical as it will see both University College Cork and Cork Institute of Technology re-open with an influx of students from other counties including those like Waterford where the incidence rate over the last 14 days stands at 97.3.

“I think inevitably there will be increases next week when UCC and CIT re-open as even with the best of intentions, people will end up mixing even if it’s just in terms of moving into accommodation together and then there will be some form of socialising so increases are likely.”

Consultant in Infectious Diseases at Cork University Hospital, Dr Corinna Sadlier echoed Dr Favier’s concerns about the next two weeks, saying that Cork is currently on the same trajectory of increase witnessed in Dublin two weeks ago but people can stop it by limiting their social contacts.

“Each case potentially spreads to two or three people and about half of cases are asymptomatic so people don’t know they have it, they don’t know they’ve been in contact with someone with it and that’s why when it’s in the community like that, it’s so difficult to stop the spread of Covid.

“The only way we can stop it is to consistently do what the Chief Medical Officer, Dr Ronan Glynn is telling us to do, limit our contacts, distance from people and not just those wearing masks but keep the two metres and if we are visiting vulnerable people, take all precautions and wear masks.

“If we don’t reverse the increasing trends we are seeing in Cork we are going to have to look at introducing restrictions like Dublin has because they do provide protection and are the only thing that we know work when the virus is spreading in a way that is out of control.”

“We know that by limiting the number of contacts we have because each of us is potentially a carrier for the virus we can curb it but it’s very difficult because it’s completely different from our normal way of living but we just have come up a new way of avoiding contact with people.

Dr Favier said that one positive regarding the Cork situation is that the level of community transmission or cases where public officials cannot identify a source for the virus is still relatively low at 29 per cent relative to some places such as Dublin where the level is around 40 per cent.

Dr Favier said that while the next week to 10 days will be critical on Leeside, some encouragement can also be drawn from the fact that the positivity rate - or the rate of positive cases among those tested - for the city and city remains relatively close to the optimum figure of 2 per cent or less.

“In an ideal world, it should be around 2 per cent or less which means you find one case of Covid for every 50 you test - if your positivity rate goes above that, then you’re missing cases - in some places such as Donegal, it’s 5.9 per cent whereas in Cork it’s 2.7 per cent but that could change over the next few days.”