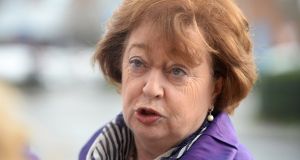 Catherine Murphy, PAC member and Social Democrats TD for Kildare North, told a hearing of the committee that funding shortfalls had led to a ‘high degree of casualisation’ of staff, including lecturers. Photograph: Dara Mac Donaill

Some staff at financially struggling universities and colleges are being paid in book tokens, the Oireachtas spending watchdog has heard.

The Public Accounts Committee (PAC) is to ask the Higher Education Authority to appear before TDs to answer questions about the impact of gaping deficits in third-level funding.

Catherine Murphy, PAC member and Social Democrats TD for Kildare North, told a hearing of the committee that funding shortfalls had led to a “high degree of casualisation” of staff.

These included lecturers, she said.

“We had instances of people coming to us telling us that they were being paid in book vouchers – very precarious situations,” Ms Murphy told the committee.

“It wasn’t unique to one university. In fact, there were several universities that there were problems in.”

Ms Murphy said the problem may be “even more precarious now”.

The committee was discussing correspondence with Prof Philip Nolan, president of Maynooth University, about staff having to submit claims to receive public holiday pay.

The practice “seems to be an unusual situation in my view”, said PAC member Matt Carthy, Sinn Féin TD for Cavan-Monaghan.

The committee is to write to Maynooth to see “whether this practice has been addressed”.

PAC chairman Brian Stanley said there were “huge issues” with funding for universities and colleges against the backdrop of a 20 per cent cut in public funding between 2015 and 2018, alongside a 30 per cent increase in the number of students.

Speaking after the hearing, the Irish Federation of University Teachers said while it had not come across the book token example, it was aware of a number of cases in which workers received little to no remuneration for their work.

“There are a lot of examples of people who are in a postgraduate situation or precariously employed in different ways who are, basically, trying to get experience and are doing work for very little remuneration, doing extra work for free, or doing voluntary research,” Joan Donegan, general secretary of the federation, said.

“This particular example by Catherine Murphy is the actual situation that many people who are just trying to establish themselves are prepared to accept in terms of abnormal remuneration or totally insufficient remuneration.”

She said “universities have been starved of adequate funding. It’s a bit like running on empty for some places.”

Separately, the PAC is seeking answers from the Department of Justice as to why there are no Courts Service records to explain why thousands of motoring offences are struck out.

Referring to correspondence from the secretary general of the Department of Justice, Aidan O’Driscoll, committee member and Sinn Féin TD for Louth Imelda Munster said 49 per cent of such offences were struck out with no recorded reason.

Comptroller and Auditor General Seamus McCarthy told the committee the “paucity of information” about cases being struck out was a long-standing issue.

The Department of Justice was working on a proposed unified records system linking the records of gardaí, the courts and prison service, so that any offence could be fully tracked through the system, he said.

“I would certainly be in favour of understanding more about why strike-outs happen,” Mr McCarthy added.