Man charged with theft of €12,000 intended for employer 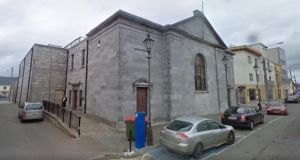 Mallow District Court: Lukasz Zagrobelski (35), of Carragh Green, Naas, Co Kildare, was charged with 20 offences when he appeared at a special sitting on Sunday.

A man has been remanded on bail after he was charged with stealing more than €12,000 intended for his former employer in Co Cork during a two-week period earlier this year.

Lukasz Zagrobelski (35), of Carragh Green, Naas, Co Kildare, was charged with 20 offences when he appeared at a special sitting of Mallow District Court on Sunday.

Mr Zagrobelski, a Polish national, is accused of dishonestly inducing 13 named companies into giving him varying sums of money in payment to Derrynaflan Foods of Midleton with intention of making a gain for himself.

The State alleges that the 20 offences contrary to section six of the Criminal Justice (Theft and Fraud Offences) Act happened at 13 different locations in Dublin between January 5th and 19th.

Det Garda Cormac Ryan gave evidence of arrest, charge and caution and said Mr Zagrobelski had made no reply when the charges were put to him after caution.

Insp Michael Corbett said gardaí were objecting to bail and Det Garda Ryan said they were doing so because of the seriousness of the charges, which carry a five-year sentence upon conviction.

He also said gardaí were concerned that Mr Zagrobelski would abscond and not stand trial if granted bail as he had no ties with Ireland since his wife and child had returned to Poland.

When cross-examined by Mr Zagrobelski’s solicitor, Ken Murray, Insp Corbett agreed that Mr Zagrobelski had travelled voluntarily from Naas to Midleton despite knowing he was facing “bad news”.

Judge David Waters said he believed Garda concerns about Mr Zagrobelski not turning up for trial if granted bail could be addressed by the imposition of strict bail conditions.

He ordered him to reside at his address in Naas and notify gardaí of any change of address and he also ordered him to surrender his passport and not apply for any other travel documents.

He also ordered him to sign on three times a week at Naas Garda station and to keep his mobile phone switched on at all times and be available to answer calls from gardaí.

He said failure to respond to a phone call could lead to his bail being revoked. Mr Zagrobelski is due to appear again at Midleton District Court on Thursday.