Man (22) charged with murder of grandfather in Cork 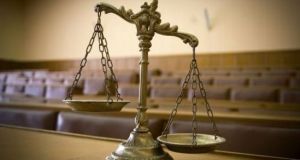 A 22 year old man has been remanded in custody charged with the murder of his grandfather who was found dead with head injuries in the hallway of his home in a Cork city suburb last summer.

Christopher O’Callaghan was brought before Cork District Court today where he was charged with the murder of his grandfather, Joe O’Callaghan (66) at Galwey’s Lane in Douglas in Cork on July 2nd 2018.

The late Mr O’Callaghan was found lying in a pool of blood in his hallway early on the morning of July 2nd 2018 by his wife, Angeline after she returned home from working a night shift at a local hospital.

Today at Cork District Court, Garda Martin Lawton gave evidence of arrest, charge and caution and told the court how he had arrested Christopher O’Callaghan at 11.44am at Togher Garda Station.

He told how he had cautioned Christopher O’Callaghan that anything he might say in reply to the charge could be taken down and used in evidence against him but he made no reply to the murder charge.

Mr O’Callaghan of Woodview, Pinecroft, Grange, Douglas, Cork, who was dressed in a dark three piece suite, dark tie and white shirt, did not speak during the brief hearing before Judge Olann Kelleher.

Judge Kelleher explained to Mr O’Callaghan he could not legally grant bail at the district court on a murder change and he remanded him in custody to appear again at Cork District Court on February 12th.

Court presenter, Sgt Gearoid Davis said that the Director of Public Prosecutions had directed the case to go before the Central Criminal Court for trial or for sentence on a signed plea of guilty.

Defence solicitor,Michael Quinlan said that the accused had been working in construction but was no longer in employment and he applied for free legal aid which Judge Kelleher granted.