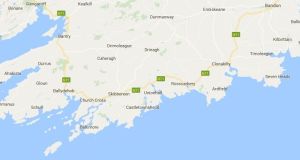 New evidence from Cork does not support the thesis the IRA engaged in a sectarian campaign during the War of Independence, a history conference has heard.

Dr Andy Bielenberg of the School of History at University College Cork told the inaugural West Cork History Festival that his research with Prof James Donnelly of the University of Wisconsin on the IRA killing of suspected spies and informers in Cork did not suggest sectarianism was a factor.

Dr Bielenberg acknowledged the pioneering role of the late Dr Peter Hart in his 1998 work ‘The IRA and Its enemies: Violence and Community in Cork 1916-1923’ in setting the tone for much historical research over the past two decades but said it needed to be revised in the light of new data.

In his work, Dr Hart concluded from events in West Cork, particularly the killing of 13 Protestant men in the Bandon Valley in April 1922 after the truce, that the IRA had waged a sectarian campaign against Protestants across all of Cork, alleging that they were informers.

“Looking over the whole span of the revolution (in Co Cork) we can see that the main themes of the West Cork massacre (in April 1922)- conspiracy theories, land and sectarian vengeance were prefigured in the execution of ‘informers’ carried out in the previous two years,” wrote Dr Hart.

But Dr Bielenberg said that their research for the Cork Fatality Register into the shooting dead of 71 suspected spies by the IRA in Cork between 1919 and 1921 did not support Dr Hart’s contention that most of the suspected spies were innocent or that sectarianism was a factor in their killing.

“His conclusion in this respect depends too much on a British military assessment of one month - February 1921, the peak month of the conflict,” said Dr Bielenberg, adding they had gathered a wider range of information than was available to Dr Hart and therefore had a more rounded picture.

He explained that Dr Hart’s conclusion that the sectarianism behind the Bandon Valley killings of April 1922 was already evident in the IRA killings of suspected spies and informers in Co Cork over the preceding two years from early 1920 was not supported by their findings.

But Dr Bielenberg said his research with Prof Donnelly found that of the 71 civilian suspects killed by the IRA during the War of Independence in Cork, 40 (63 per cent) were either ex British service men or ex-RIC and that only six of these were Protestants whereas 69 per cent of those killed were Catholics.

“This prior connection with crown forces was by far the most notable feature of those targeted, rightly or wrongly, by the IRA in the War of Independence, and Protestants constituted a tiny share of this particular group, In short, this targeted group was certainly not a story about sectarianism.”

While some 10 Protestants were killed during the period in the No 3 Cork Brigade West Cork area on suspicion of being spies, by far the greatest number of spies was killed in the No 1 Cork City Brigade area where some 43 suspects (61pc) were killed and 75pc of these were Catholics.

“There is simply no basis for the sectarian argument here (Cork city) or indeed in North Cork (No 2 Brigade area) so taking the county as a whole, the sectarian thesis is simply a non-runner,” said Dr Bielenberg, adding there was a general overemphasis on the role of West Cork in the conflict.

“Hart has therefore read too much into the Dunmanway (Bandon Valley) Massacre of April 1922, and he has assumed wrongly that the killings in the preceding two years could also simply be categorised as a sectarian precursor to that event.

“It’s fair to say the conflict in Cork was certainly a fairly dirty campaign on both sides . . . but our profile of suspected spies and informers killed by the Cork IRA during the War of Independence certainly does not support the contention the IRA campaign in Cork was a sectarian one.”