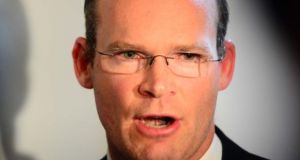 Tánaiste Simon Coveney said politicians should not make the decision about the location of Cork’s new hospital.

The location of a new €260 million acute hospital for Cork announced in the €116 billion National Development Plan should be left to health planners rather than politicians to decide, according to Tánaiste and Minister for Foreign Affairs, Simon Coveney.

Mr Coveney said Minister for Health, Simon Harris had confirmed to him that €260 million was available for the acute Cork hospital. No decision had been taken as to where the new hospital will be located, he said, but a number of factors will have to be taken into account when choosing a location.

“We have a group of people linked to the HSE looking to finalise the location for the acute hospital - whether it’s in the Docklands or whether it’s on the outskirts of the city or whether it’s at one of the existing sites such as the Mercy or the South Infirmary, they are looking at the options.

“We want to achieve the best balance of hospitals around the city and I don’t think politicians should make that decision. The people who are experts in planning and health care should make that recommendation so we will wait and see what comes out of that process.”

The National Development Plan also recommends the establishment of a new dedicated ambulatory elective-only hospital for Cork to provide high volume, low complexity procedures on a day and outpatient basis which will be located adjacent to a general hospital.

Fianna Fail spokesman on Health and Cork North Central TD, Billy Kelleher welcomed commitment to provide two new hospitals for Cork, but said the plan was short on detail as to when they were to be built and how they would be funded.

“The Wilton campus is pretty crowded unless you go up, but that campus is pretty big and if you look at what they did with the maternity hospital where they built a higher building, they could do something there for the new elective hospital - they don’t have to be huge sprawling footprints.

“The new elective hospital is really a waiting list initiative to make sure that we have enough beds in the system and then secondly , that there will be 2,600 extra beds put into the system also and I think Cork will get its fair share of that, so you probably will have more beds being added to CUH.”