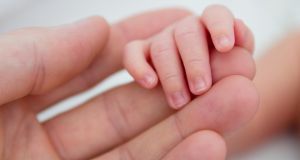 The monthly publication of “patient safety” reports on the State’s maternity hospitals can lead to the creation of “league tables” by the media and the data is often statistically “meaningless”, the master of the Rotunda hospital has said.

He said this often led to headlines in the media that could serve to undermine public confidence in the system.

Prof Fergal Malone told the annual National Healthcare Outcomes Conference at the Royal College of Surgeons in Ireland there was no doubt that “terrible things” had happened in the maternity services in Ireland where access to data about outcomes might have changed the care provided.

But the degree of voluntary reporting of outcomes had posed “a lot of challenges”, he said.

The publication of monthly “patient safety” reports was recommended by chief medical officer Dr Tony Holohan in February 2014 following a review of maternity services at Portlaoise.

Prof Malone said the report with 17 metrics published monthly by the Rotunda hospital and some others was instead referred to as a “patient activity” report because that is what it reflected.

“They are general activity statements, they don’t necessarily reflect safety,” he said.

For too long, the focus in maternity services had been on clinical outcomes and measuring clinical events without similar attention on staffing and resources.

There was a tendency to do more formalised reviews following incidents, but the maternity services were provided with no additional resources with which to perform these reviews.

He noted there was mandatory reporting of incidents to the State Claims Agency and added that the maternity services were “way too well known” to that body.

“I can assure you it’s much higher now,” said Prof Malone.

He said, however, that the maternity hospitals that had a very high reporting rate were the ones with the lowest claims made against them.

The hospitals also wanted to encourage a culture of reporting incidents in a “blame-free environment”.

“We would have always felt that a culture of reporting is a good thing – it’s a sign of a safe institution. Institutions, hospitals that don’t report, that hide, that don’t disseminate their results, these are the institutions that need to be subjected to more scrutiny.

“There’s no doubt that identifying areas of clinical concern has been a crucial objective behind this.”

All too often in the Irish healthcare system there was still a culture of blame, said Prof Malone.

“When something bad happens, someone is to blame, someone messed up and we want a head on a plate.”

“I think we need to avoid that and deal with transparency and our new programme of open disclosure will help in that regard.”

On Caesarean sections, Prof Malone said it seemed to be popular at the moment “both politically and in the media” to focus on Caesarean rates and drawing conclusions based on the fact that a hospital had a rate of 25 per cent or 25 per cent or 50 per cent.

Prof Malone said the hospitals had been monitoring Caesarean section rates for many years and they were “almost meaningless items of data”.