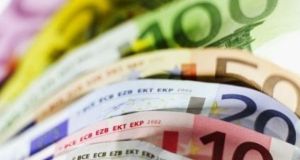 Unions have reacted cautiously to the proposed pay deal with teachers organistions saying they are disappointed.

Minister for Public Expenditure Paschal Donohoe has said the proposed public sector pay deal is “in line with what is affordable to the State”. It is understood the deal, if accepted, will cost the exchequer €880 million over three years.

“These proposals aim to award pay increases for public service staff across the coming years in line with what is affordable to the State, put pension provision on a more sustainable footing, and secure industrial peace so that our public service remains a place for those who continue to work in it and continues to deliver for those who depend on it,” Mr Donohoe said.

“I will now take these proposals, which will see the Lansdowne Road Agreement extended, to Government. Arrangements will also be made to put them to ballot across the range of public service sectors to which they apply.”

About 23,000 State employees such as gardaí, military personnel and prison officers, who have faster accruing pensions than other groups, will benefit least from the deal.

There has been a mixed reaction to the proposed agreement with teachers’ representatives, in particular, expressing disappointment.

The president of the Teachers Union of Ireland (TUI) Joanne Irwin said her organisation had entered talks with the Government on the basis it would address new entrant pay. She said the draft agreement did not do this.

Ms Irwin said the TUI executive would meet to consider the document on Thursday evening. However, she forecast it would not be happy with the provision that the new entrant pay issue be examined over a 12-month period from next January. She said this was not enough and that new entrant teachers had waited long enough.

Kieran Christie, general secretary of the Association of Secondary Teachers, Ireland (ASTI), said his union’s initial reaction to the provisions for new entrant pay was one of extreme disappointment.

Bernard Harbor of the Impact trade union said the proposed pay deal was “the best that could be achieved” within the “tight parameters of what was available” adding that “it is a significant step forward”. “So we will be looking at all of the details. We think that on balance it is the best that could be achieved, but we are going to have to take this back to the executive and see what they say,” he said.

The general secretary of the Irish Nurses and Midwives Organisation (INMO) Liam Doran said there were still details to be tidied up in the draft agreement, particularly in relation to his union’s concerns about recruitment and retention difficulties.

Mr Doran said his members could not wait two or three years for a resolution of the recruitment and retention difficulties. He said more work was needed to be done and bridges to be crossed to avoid his members rejecting the proposals.

Mike Jennings of the Irish Federation of University Teachers said the provisions of the deal were not everything that would have been wished for but probably as much as could have been expected.

“I think the main thing for our members is that the fempi] legislation must be completely and utterly buried. And that is promised.”

Eoin Ronayne, general secretary of the Civil Public and Services Union (CPSU) which represents lower paid civil servants, said there were “a lot of disappointments but a lot of gains for people on low pay”. Siptu divisional organiser Paul Bell said it did not intend to “sell” the agreement to its members and that it would be thoroughly examined by the executive council. “There is quite a lot of work to be done, we are not taking anything for granted,” he told RTÉ’s Today with Sean O’Rourke.