Anger at €2m purchase of pair of Clontarf properties for homeless 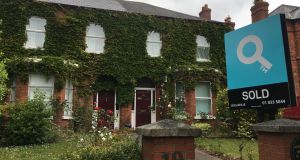 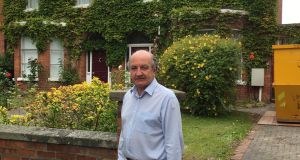 Local resident Tony McNally: “The problem the community has here is the way in which Dublin City Council has imposed this on us.”

Two redbrick Victorian homes in the coastal suburb of Clontarf, Dublin, have been bought by the Housing Agency for almost €2 million to house homeless families, in a move which has angered some local residents.

The properties which are side-by-side on St Lawrence Road were purchased by the executive to “provide accommodation for 13 families who are currently homeless and in commercial hotels”, the agency confirmed.

The properties, which was sold for €194,000 above the original asking price of €1.8million, had together been used as a B&B.

Tony McNally of the local residents’ association and his wife Mary told The Irish Times they were “sincerely sympathetic” to the homelessness crisis in Ireland, but money spent on the property would have been better used to purchase long-term homes for families.

“The problem the community has here is the way in which Dublin City Council has imposed this on us. Nobody on the road knew anything about this project until we did our own investigation. A neighbour across the road became concerned when he heard noises in the vacant property and called gardaí.

“The [Housing Agency] have paid almost €2 million for a property that could have bought eight or nine apartments in the same area,” Mr McNally claimed.

“There will not be enough space, with one kitchen for families to cook in, it’s really a tenement. We are not unsympathetic to the homeless crisis but this unit is not the best solution,” added Mrs McNally.

She added that the hairs “stood up” on the back of her neck when she was given the “good neighbour policy” by representatives of the homeless agency at a meeting with concerned residents. This document sets out as an example the house rules for those who will live in the building.

The document states that there will be daily collections of unsafely disposed-of injecting equipment in the locality and that residents are “discouraged” from begging, “tapping” or requesting money from other people.

A spokeswoman for the agency said they would have overall responsibility for the development of this service, and an experienced provider would be responsible for onsite operation.

Fr Peter McVerry, a leading voice for the homeless, said that the purchase was “welcome news” for the families escaping hotel-type accommodation.

Other residents on the road – where the family home of former TD Ivor Callely is located – also voiced concern.Valerie and Paul Garrihy said: “We have concerns as residents but are obviously very sympathetic to the ongoing housing crisis families face in Ireland, but I don’t think it’s an adequate space to house 13 families.”