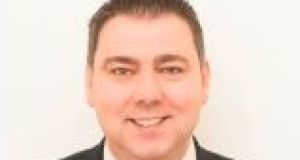 Independent councillor John Paul O’Shea declined to comment but sources close to him confirmed approaches have been made.

Fine Gael strategists are hoping to recruit poll topping former Mayor of Cork County, Independent Cllr John Paul O’Shea to stand as a running mate for Minister for Agriculture, Michael Creed in a bid to win a second seat for the party in the three seat constituency Cork North West at the next election.

Fine Gael sources have confirmed approaches have been made to Cllr O’Shea who lost out in the 2016 general election for the last seat in the constituency to sitting Fianna Fail TD, Michael Moynihan who joined party colleague, Aindrias Moynihan to take the other two seats in constituency.

But, with Fianna Fáil’s Aindrias Moynihan, son of former TD Donal Moynihan from Cill na Martra in the south of the constituency, added to the ticket in 2016, Fianna Fail outpolled Fine Gael by 34.61 per cent to 32.17 per cent to capture the second seat with Fianna Fail’s Michael Moynihan (no relation) taking the third and last seat ahead of Cllr O’Shea on the ninth count.

The Irish Times understands Fine Gael strategists have made approaches to Cllr O’Shea to see if he would be interested in running for the party as they feel he offers them the best chance of taking a second seat in the highly competitive largely rural constituency.

“John Paul topped the poll in the Kanturk-Mallow electoral area, which is partly in Cork North West, in the 2014 locals when he got nearly 4,400 votes and he increased his vote to over 4,800 in the 2016 general election but picked up transfers from every independent and all the smaller parties.

“But he knows the Independents had a strong wind behind them the last time which won’t be there in the next election and his best chance of making it to the Dáil is to join one of the main parties and with Fianna Fail already having two TDs in Cork North West, there’s no room for him there,” an informed source said.

As a constituency, Cork North West runs north-south from Charleville in the north to Ballincollig and Macroom in the south and although it also includes towns like Kanturk, Newmarket and Millstreet in the north, Ballincollig’s large population means there are more votes in the southern end.

But, as the Fine Gael source pointed out, Cllr O’Shea, coming from Lombardstown, north of the Boggeragh Mountains which divides the constituency, is geographically well positioned to run alongside Minister Creed who is based in Macroom in the southern end.

“Michael and John Paul would complement each other well - one in the south and one in the north - indeed it would almost replicate the team we had when Michael’s late father Donal used to run with Frank Crowley from Banteer in the north and we regularly took two of the three seats.

“There are two safe seats in Cork North West - Michael Creed and Aindrias Moynihan so we would be targeting Michael Moynihan - the constituency has almost always returned two from the south so we would see John Paul as going after Michael Moynihan who is also based in the northern side.”

Contacted, Cllr O’Shea declined to comment but sources close to him confirmed approaches have been made and he is currently taking soundings from his political organisation which is made up almost equally of former members of both Fianna Fail and Fine Gael.

According to Fine Gael strategists, the party needs to win at least two extra seats in Cork constituencies and regain its primacy over Fianna Fail on Leeside if it is return to government and Cork North West, along with Cork East and Cork South West, offers it the best chance of doing this

Back in 2011, Fine Gael was the dominant party on Leeside, taking nine of the 18 seats on offer in the five Cork constituencies with Fianna Fail reduced to just four seats in total on Leeside but Fianna Fail turned this around in 2016 to now lead Fine Gael by seven seats to five.

“If Fine Gael is to go back into government, we need to beat Fianna Fail in Cork and our best chance of doing that is the three county constituencies as the city constituencies are too tight and with the right candidate, Cork North West could pave the way for that sort of turnaround.”