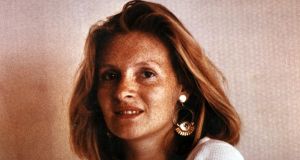 The uncle of Sophie Toscan du Plantier Jean Pierre Gazeau said the family wished to consult with their legal advisors on the options that remain open to them.

The family of Sophie Toscan du Plantier have pledged to continue their fight for justice for the murdered mother of one after the Irish State opted not to appeal a High Court ruling prohibiting the extradition of Ian Bailey to France to serve a 25 year sentence for her killing.

Ms Toscan du Plantier’s uncle, Jean Pierre Gazeau told The Irish Times that the family and the campaign group, the Association for the Truth about the Murder of Sophie Toscan du Plantier (ASSOPH) wished to consult with their legal advisors on the options open to them.

Mr Gazeau said Ms Toscan du Plantier’s elderly parents, Georges and Marguerite Bouniol, her son, Pierre Louis Baudey Vignaud and her brothers, Betrand and Stephane Bouniol were deeply disappointed at the decision of the Irish state not to appeal the ruling.

“We will continue the fight for justice for Sophie and we are now going to consult with our legal advisors about the possibilities open to us both in Ireland and at European level because Ireland and France are partners within the European Union, ” said Mr Gazeau.

He said the Irish State was “protecting” someone “condemned by a French court and sentenced to 25 years in jail for the killing of my niece. That is not justice for Sophie and it is not something that we as a family can accept,” he said.

On October 12th, High Court judge Mr Justice Paul Burns refused an application by the Minister for Justice to extradite Mr Bailey on foot of a third European Arrest Warrant.

On Tuesday, counsel for the State, Robert Barron SC indicated that it would not be appealing his ruling.

Mr Bailey has welcomed the decision by the State not to appeal Mr Justice Burns’ ruling. Mr Bailey said he hoped now to get on with his life in west Cork while conscious that the French EAW remains extant for his extradition to France.

He expressed sympathy for Ms Toscan du Plantier’s family over her murder and was philosophical about whether the family might go to the European Courts of Justice to seek to have him extradited to France to serve the 25-year old jail term imposed in absentia in Paris in 2019.

“I understand the French family and I understand the necessity that they want closure and they want some form of justice but, by coming after me they are simply going after an innocent person. I’m sympathetic to them but I can’t really do anything about what they are going to do.”

Speaking on the Neil Prendeville Show on Cork’s Red FM on Wednesday, Mr Bailey rejected the suggestion that Ms Toscan du Plantier had been forgotten in the midst of all the various court proceedings taken by the Irish State on behalf of the French justice system.

“I know the French family and the French system have bought into the false narrative (that he was the killer) but at the end of the day, this isn’t over because a woman was murdered quite brutally by somebody - we don’t know by whom - all I know is that I had nothing to do with it.”

Mr Bailey said he contemplated going to France to attend his trial in absentia in Paris in 2019 even though he described the hearing as “a sham, kangaroo court”. He said he felt that it was inevitable he would be convicted given the different approach of the French justice system.

“I did consider it (going to France) - at one point I remember thinking : ‘should I go?’ I had a long think about it and I took legal advice. I was advised not to, the reason being that I felt I would not get a fair trial, whether I was there or not,” he said.

“Once you are accused under French law, unless you can prove you are innocent, you are guilty and that is my situation - barring a miracle which never occurred, ie some new information or some person coming forward, saying some new, I knew that was probably my inevitable fate.”

Mr Bailey thanked his partner, Jules Thomas for her support over the past 24 years but particularly through the extradition process, while he also expressed his gratitude to his solicitor, Frank Buttimer and the legal team he assembled to fight his case.

Mr Bailey also expressed his gratitude to people in Schull, Bantry and Skibbereen who had supported him and welcomed the decision by the High Court not to extradite him, saying their support had been particularly important during some very dark days last November and December.

“There are number of people in the “He did it” camp from the beginning and I see them around on the street.

I won’t mention any names but I feel quite sorry for them and they can’t look me in the eye,” he said.

“I think it’s very difficult for people to do that (admit they were wrong about him) but the majority of people have been really wonderful and really supportive and that support has been genuinely quite helpful. It lifted me when I’ve been maybe a bit down.”