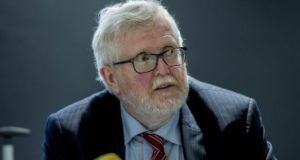 Dr Kevin Kelleher, assistant national director of the HSE said contact callers can get ‘a fair degree of abuse’ on occasion, and he has witnessed tracers ‘visibly wilting’ as a result.

The HSE has apologised to the almost 2,000 people who were asked to undertake their own contact tracing last week, due to a “significant increase” in demand which “challenged our systems”.

The HSE’s lead on testing, Niamh O’Beirne said the service “apologise(s) to the 1,971 people impacted this week,” and that they will all be contacted this week by the HSE to check if they have called their close contacts and advised them to be tested.

She said the decision to discontinue tracing by HSE staff for these individuals “was deemed the only viable option in order to deal with the most recent cases quickly and reset the system”.

The committee heard Covid “doesn’t follow any plan, it is unpredictable and continues to challenge us all individually and equally challenge our testing and tracing service”.

The test and trace system has undertaken 1.54 million tests with over 58,000 cases detected, while 258,230 contact tracing calls have been completed, she said.

Over 291,000 tests have been undertaken as part of the HSE’s serial testing programmes, which target particularly vulnerable cohorts where significant outbreaks of Covid have previously been detected - for example food processing plants, nursing homes and direct provision centres.

Speaking about the overall number of tests being undertaken in the State, Ms O’Beirne said Ireland is ranked second of 28 European countries with populations of over two million, behind Denmark.

She defended different elements of the State’s “turnaround time”, a vital metric which measures the time taken from the moment someone is referred for a test to when the HSE finishes calling close contacts to advise them to restrict their movements.

She said 95 per cent of people receive a swabbing appointment on the same or next day, and 95 per cent receive results in less than 48 hours. She said that this “compare very well against our European colleagues”.

“We meet all testing demand and are still working within our testing capacity,” she said. With many committee members focusing on the turnaround times, Ms O’Beirne said the average time to complete the process was now 2.8 days.

However, Social Democrats co-leader Róisín Shortall said this did not tally with published figures on the HSE website. She was told the HSE website would be updated with newer figures, and sometimes the figures published online relate to different time periods.

The HSE was also asked about the length of time that elapses between someone developing symptoms and being referred for testing; however, it does not gather information on this.

Dr Kevin Kelleher told the committee that he estimated it was less than 24 hours, and probably closer to 12 hours.

The committee was told that 571 people are currently working in contact tracing, of whom 274 are new hires, with the remainder seconded from other parts of the HSE and the public service.

Dr Kelleher told the committee contact callers can get “a fair degree of abuse” on occasion, and he has witnessed tracers “visibly wilting” as a result.

He said the smartphone app is a “tool” used in contact tracing, and it becomes more important in arenas such as schools or outdoor events when a case of Covid is later detected. He said it was “very effective” but that it was part of a wider suite of tools to combat the spread of the virus.

A briefing paper also sent to the committee outlines how the first surge in positive tests occurred over the August bank holiday weekend. This was managed through the HSE’s escalation plan, with contact tracing centres opened and a hiring campaign.

Then, in October, there was a rapid rise in cases. Some staff were deployed to deal with the rise, but this was limited due to the need for 40 per cent of contact tracing teams to be staffed by clinical professionals, who are not always available for tracing due to their frontline duties. The number of questions being asked of people on the initial call to inform them of their diagnosis was also cut to speed up the process.