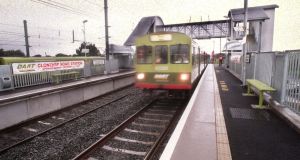 Dublin southside Dart and commuter services have resumed after operations were suspended, according to Irish Rail.

However knock-on days are expected to continue for Dublin train commuters, the company said shortly after 5pm.

Services between Pearse station and Dun Laoghaire had been out of operation for about an hour from 4pm due to an incident at Booterstown. Emergency services attended the scene.