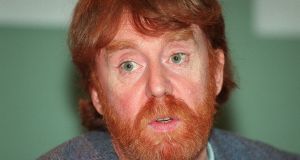 Leading tributes to the late campaigner and social worker, who was at the forefront of the battle against drug abuse that devastated the capital’s working class communities over decades, Mr Higgins said he would be mourned throughout the country.

“It is not only in inner-city Dublin, in which he was part of the beating heart of community campaigning, that news of the death of Fergus McCabe will have been heard with great sorrow,” said the President.

“It will be in communities all over Ireland with whom he shared his knowledge and his deep commitment to addressing issues, in particular on drug dependency.

“Those of us who knew him will remember his energy and passion for justice, in making the case for inclusion and equality.”

Mr McCabe, from Marino in Dublin’s northside, was a driving force in the Inner City Organisations Network and the CityWide Drugs Crisis Campaign.

Other initiatives he was heavily involved with included Young People At Risk, the National Substance Misuse Strategy Committee and the National Oversight Group on the implementation of the National Drugs Strategy.

Mr Higgins said the activist “chose hope over cynicism” as he “advanced the goals of countless” social justice and equality projects through his “vision and energy”.

“The great gift of Fergus McCabe was his genius in moving commitments on paper into the practical lives of members of communities,” he added.

Mr McCabe’s family could be “extremely proud of the legacy he has left, through his tireless campaigning for social justice and his exemplary actions of solidarity, sustained by his unshakeable belief in the good of mankind and the potential of young people, irrespective of their backgrounds,” said Mr Higgins.

“There are so many who will miss him deeply.”

Dublin Bay North TD and former minister for the national drugs strategy Aodhán Ó Ríordáin described Mr McCabe as a “passionate, committed campaigner for all that was good and decent” who “dedicated his life for causes and for people that others thought were beyond hope.”

Mr McCabe, who died suddenly on Thursday after a long illness, is survived by his wife Helena, and three children Ella, Kathy and Eoin.

His family have asked anyone wishing to attend his funeral on Monday to stand along the cortège route between the Kirwan Funeral Home, Fairview Strand and Glasnevin Crematorium, via Summerhill Parade, due to public health restrictions.