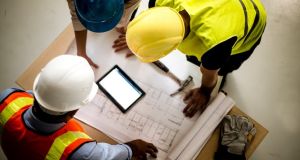 The State’s new Land Development Agency risks engaging in speculative development and the privatisation of public assets, an Oireachtas committee will be told today. Photograph: iStock.

The State’s new Land Development Agency risks engaging in “speculative development” and the “privatisation of public assets”, an Oireachtas committee will be told on Tuesday.

A range of academics and housing sector figures will also raise concerns at the Oireachtas housing committee about the agency’s governance structures and social housing targets.

The agency is the Government’s flagship policy to unlock huge swathes of State land to be used for housing development.

Orla Hegarty, an assistant professor in the UCD school of architecture, said the powers proposed for the agency were “very wide ranging and removed from direct government controls. The scope and limitations on activities are unclear.”

Citing the legislation underpinning the agency, she will argue that the potential Achilles’ heel of it was an “objective of ‘optimal use’ on a ‘commercial basis’ of individual sites” which she will say “is the business of traditional speculative development”. She will also warn that the agency had no strategy for construction, suggesting it will be outsourced.

“An approach that outsources control of price, delivery speed, housing mix, quality and profit margin is very high risk and it comes at a premium price.”

Ms Hegarty will tell the committee that developing property will “expose the State to significant financial and political risks”, and therefore “it is critically important that there are high levels of specific expertise, robust governance, transparency, external oversight and means of intervention”.

She said it was important that the agency be open to Freedom of Information legislation – currently not proposed – and contact with its officials be included on the lobbying register “given that lobbying legislation has specific provisions for housing (because of the risks of corruption) and the significant sums of money in land transactions and development contracts”.

Prof Rob Kitchin of Maynooth university will tell the committee there was “an underlying ethos of marketisation and privatisation of public assets” running through the agency. He also raised concerns about the government of the day being able to sell shares in the agency “thus privatising it”.

Donal McManus, the chief executive of the Irish Council for Social Housing, said the agency’s goals for the provision of social homes were not ambitious enough.

“In our view the public interest is best served by ensuring that a very significant proportion of social and affordable housing is built on State lands.”

While he welcomed the “proactive approach” of the State to unlocking its land bank, he said the 10 per cent social housing target demanded for agency sites was too low.

John O’Connor, chief executive of the Housing Agency, will tell the committee that his organisation wanted it to be the case that “land transferred to the LDA would be primarily used for public purposes and long-term control retained”.