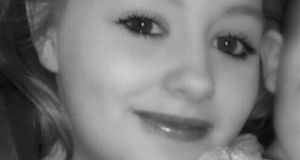 HSE protocols drawn up following the death of Savita Halappanavar should be studied by legal representatives in advance of an inquest into the death of a woman a week after she gave birth last year, a coroner has said.

Halappanavar died in Galway in October 2012 from sepsis following a miscarriage, during which she had asked for an abortion. She was refused as her 17-week-old foetus still had a heartbeat.

Dr Denis Cusack, the Kildare County Coroner, was speaking on Monday at a preliminary hearing for the inquest of Karen McEvoy (24). He said he expected to call at least 14 witnesses.

McEvoy, originally from Tallaght but living at the time of her death with her partner and children just outside Blessington, died of suspected sepsis at Naas General Hospital on December 25th last. She had given birth to a daughter at Coombe Women and Infants Hospital in Dublin on December 18th.

Her partner Barry Kelly told The Irish Times in January that within two days of the birth, McEvoy was experiencing severe back and abdominal pain, exhaustion, flu-like symptoms and sweating.

She attended a public health nurse on December 21st and returned to the Coombe on December 23rd on crutches, as she had had difficulty walking, for her daughter’s heel-prick test.

In the hospital emergency room she was told she might have sciatica and was advised to contact Tallaght hospital to seek an X-ray. Mr Kelly said that when McEvoy woke on Christmas day her arms, legs and face were swollen and she was having difficulty speaking and was breathing heavily.

She was taken by ambulance to Naas General Hospital where during attempts to intubate hershe went into cardiac arrest and died.

These included depositions from 14 people, a full postmortem report, toxicology report and a report from an expert appointed by the coroner.

He said these documents are “relevant, admissible and necessary . . . to achieve the aims and purpose” of the inquest “[which is ]to do justice to the memory of Karen and ensure everybody has as much information”.

A further preliminary hearing will take place on December 2nd with the inquest expected in April.

1 Irish tourists excluded from visiting Greece and Croatia
2 Covid-19: Pupils may be kept apart in groups and pods when schools reopen
3 Patience wearing thin as three parties crawl towards a government
4 Quarantine will cease within fortnight, Ryanair CEO claims
5 Protests flare up after US officer charged with murder of George Floyd
Real news has value SUBSCRIBE