Man arrested over alleged abuse of patients in Antrim hospital 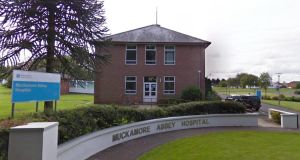 The 30-year-old man was detained in the Antrim area on Monday morning.

Officers have been investigating thousands of incidents of alleged abuse at the Co Antrim hospital for people with mental health needs and severe learning disabilities.

More than 30 staff members have been placed on precautionary suspension during the probe.

Detectives investigating the allegations have been trawling through thousands of hours of CCTV from the hospital wards. – PA