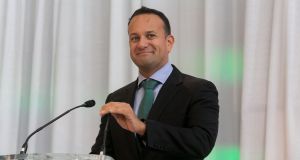 Senior Government staff have been told by one of Taoiseach Leo Varadkar’s inner circle that there will be no general election until May 2020.

John Carroll, the Taoiseach’s head of policy, made the comments at the weekly meeting of ministerial policy advisors.

It followed days of intense speculation that Mr Varadkar could go to the country in November if a Brexit deal is finalised in time for the United Kingdom to leave the European Union in an orderly fashion on October 31st.

Opinion in the Fine Gael parliamentary party - from Cabinet members to backbench TDs - has hardened in favour of November election, with numerous sources privately suggesting over the weekend that Mr Varadkar should opt for a pre-Christmas poll.

The Taoiseach himself, however, was understood to be out of contact since last Friday afternoon because he was on a private holiday to Berlin.

According to sources, Mr Carroll referenced the recent speculation but then said the position as already outlined by Mr Varadkar still stands: that his intention is to hold an election in May 2020. Mr Carroll is said to have to dealt with the issue early in the meeting

However, other sources in Fine Gael reported that some accelerated preparations are taking place in the party should a general election be called by Mr Varadkar.

Some candidates were contacted in recent days to ensure they had posters ready for an election, but this is understood to be standard party housekeeping.

Other Government figures said they believed the timing of a November election will be difficult, and that the Finance and Social Welfare Bills, which give effect to measures announced in the budget, would need to pass through the Oireachtas first.

Fianna Fáil leader Micheál Martin said it will be a “stroke” if Mr Varadkar calls a November election, adding it will be up to the Taoiseach “to explain himself if he decides that we actually don’t need to complete parliamentary scrutiny of the Finance Bill, the Welfare Bill, and of course the supplementary estimates caused by his ministers failing to deliver projects without massive delays and overspending”.

Fine Gael figures countered by saying that Mr Martin had declined Mr Varadkar’s previous offer to fix a date for the general election and instead tied the confidence and supply deal, which sees Fianna Fáil underpin the Fine Gael-led minority government, to Brexit.

It is further argued in Fine Gael that if there is a Brexit withdrawal deal and the legislation underpinning the budget has been passed, the confidence and supply deal no longer is operable.

Meanwhile, the weekly Wednesday meetings of the Fine Gael parliamentary party are being brought forward to 4pm on Wednesdays from the usual 5.30pm slot.

This is being done to allow TDs and senators canvass in the upcoming Dublin Fingal and Dublin Mid West byelections, where James Reilly and Emer Higgins are the candidates, while they are in the capital for the parliamentary week.

Two other byelections - in Wexford and Cork North Central - are also due to be held by the end of November.