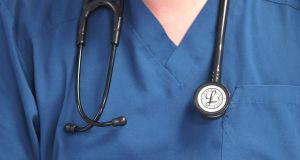 A GP collective that provides out-of-hours appointments in the Shannon region has said it may have to cut services due to a shortage of doctors.

Shannondoc said it was experiencing an “unprecedented shortage” of locum GPs due to the “impact nationwide” of the Atypical Working Scheme (AWS) permit rules enforced by the Irish Naturalisation and Immigration Service.

The AWS allows people from outside the European Economic Area to do certain short-term contract work which is not covered by the Employment Permits Acts.

Under the scheme, some non-EEA nationals, such as locum doctors, are permitted to work in the State. However, there are a number of restrictions, including in relation to leaving and returning to the State.

Locums, who are physicians who fill in for absent physicians or when a practice is short-staffed, are considered vital for keeping out-of-hours services running.

Shannondoc said the issue of staff shortages was particularly acute in more rural areas where the fall-off in GPs due to declining population had impacted heavily on its ability to maintain operations over recent years.

Shannondoc chairman Dr Pat Morrissey has called for politicians across the midwest region to push for locum permit rule changes.

“Due to the lack of GPs from within Ireland and certainly in rural areas, our and every other out-of-hours/co-op service depends largely on GP locums, particularly for keeping overnight services running,” he said.

“The only way we can deal with this is to close certain clinics overnight. We have no choice if we don’t have the GPs.”