Government accused of ‘progressively destroying the fabric of hospital services’ 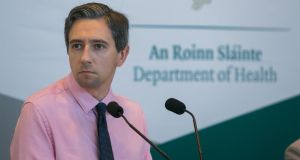 Minister for Health Simon Harris has said he believes the two-tier pay system for consultants is unfair and needs to be rectified. Photograph: Gareth Chaney/ Collins

Hospital consultants have called on Minister for Health Simon Harris to set a date for pay talks, as new figures show waiting lists are highest in specialities with the greatest shortfall of specialist staff.

The Irish Hospital Consultants Association (IHCA) cautioned against any further delays in the talks because of the direct impact the consultant shortage is having on the delivery of health services.

The Irish Medical Organisation (IMO), which also represents consultants, said there was a total shortfall of 595 consultants across 10 specialities compared with the recommended staffing level.

In orthopaedics, for example, where there is a shortfall of 103 consultants, 68,689 patients are waiting to be seen.

Ear, nose and throat medicine has a shortfall of 76 consultants, and a waiting list of 66,201 patients.

The IMO says the shortfall in the numbers of consultants is a result of the 2012 Government decision to cut the pay of new consultants by an estimated 30 per cent. Although the measure has been partly reversed since, it is blamed by the profession for widespread emigration among young doctors and the inability of the HSE to fill consultant posts.

Accusing the Government of a lack of urgency on the issue, the IHCA said this was “progressively destroying the fabric of hospital services”.

Mr Harris told The Irish Times earlier this month he believed the two-tier pay system for consultants, which sees new-entrant staff appointed since 2012 receive about €50,000 less than established colleagues, was unfair and needed to be rectified.