Numbers waiting for gynaecology appointments up 40 per cent 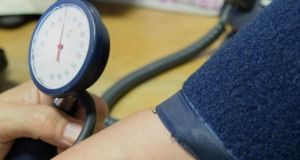 Dr Peter Boylan says that unfilled consultant posts were ‘making it difficult for women to be seen in a timely fashion’. Photograph: Anthony Devlin/PA

Waiting lists in Ireland for outpatient gynaecology appointments were “among the worst in the world”, former master of Holles Street maternity hospital Dr Peter Boylan has said.

Dr Boylan, an obstetrician and gynaecologist, said unfilled consultant posts were “making it difficult for women to be seen in a timely fashion”.

Commenting on the recent figures, he said, “Our waiting lists for outpatients are among the worst in the world . . . and that’s having a really serious effect on [women’s] health and well-being.”

The hospital with the highest number of women on waiting lists was the Rotunda Hospital, in Dublin, where 3,469 women were waiting for an appointment.

It was closely followed by Tallaght Hospital, where 3,148 women were waiting for outpatient gynaecology appointments. The Coombe hospital had 2,099 women on its waiting list. Overall, nearly a fifth of those on the national waiting list, almost 5,400, had been waiting for more than a year, the figures show.

Outside of the capital, waiting lists were lower, with 1,898 on University Hospital Galway’s list, and 1,783 waiting to see a gynaecologist in Letterkenny General Hospital.

The figures show 1,522 were on waiting lists at Portlaoise hospital, and 1,468 in University Hospital Limerick.

The number of women waiting for an appointment nationally has increased by 40 per cent, when compared to waiting list figures from December 2014.

The recruitment and retention “crisis” in the consultant sector was a major factor in the growing numbers on waiting lists, the IHCA said.

More than 500 permanent hospital consultant posts were either vacant or only temporarily filled, the representative group said.

In a statement, the IHCA said difficulties hiring and retaining new consultants was linked to salary cuts introduced for new hires in 2012. The Government’s commitment to the “failed policy” of a “unique and extremely damaging salary cut” was pushing specialists abroad for work, the group said.

The association said it was “time for the Government to restore pay parity for new consultants before it irreparably damages public hospital services and causes even longer delays in treating patients”.