Of 25 inspection reports, a good level of compliance was found in 19 centres 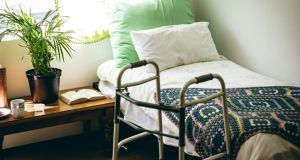 A resident at a HSE disability centre in Co Sligo said they felt like they were “treated like a baby”, a report from the State’s health watchdog says.

Inspectors from the Health Information and Quality Authority (Hiqa) found “disrespectful language” was used in some care notes at Rosenheim Services regarding residents’ “intimate care management”.

The unannounced inspection, which took place over two days last October, found the centre was not compliant with nine regulations.

Of the 25 inspection reports published by Hiqa on Tuesday on designated centres for people with disabilities, a good level of compliance with regulation and standards was found in 19 centres.

Inspectors said it was noted in care notes that a resident at Rosenheim Services “expressed that they felt like they were ‘treated like a baby’ and did not like the way certain staff treated them”.

Residents told inspectors they were not permitted treats when certain staff were on duty, with one resident stating that they “liked to go home to family as they could choose what they wanted to eat at home”.

“In addition, there was disrespectful language used in some care notes with regard to residents’ intimate care management, and this had not been identified and addressed by the person in charge,” the inspection report said.

“The person in charge acknowledged that she was not aware of these concerns, and safeguarding procedures had not been followed to establish if there were reasonable grounds for concern.”

Inspectors found that governance and management arrangements in place at Rosenheim Services were “poor” which was negatively impacting on the quality of life and safety of residents in two of the five residential houses in the centre.

Inspectors also found there was “insufficient staff” in place to meet the needs of residents in some parts of the centre. Hours that were assigned for social outings were at times utilised to cover staff absences, “which resulted in a reduction of residents’ accessing community outings of choice”.

They also said “significant improvements” were required in the centre to ensure that the care delivered to residents was safe, of a high quality and in line with residents’ needs and individual choices.

Separately, inspectors at Damien House in Co Tipperary found residents’ finances had not been managed in a “safe and secure manner”.

The announced inspection last September was the third to take place at the centre within a year. The centre was found to be not compliant with eight regulations.

Inspectors said that while fire drills took place in all houses, in one instance they noted that the time frame for evacuation was 20 minutes.

“A fire containment door in one of the houses did not close fully as there was a draft excluder in place and no self-closure on this door. This could pose a risk to the residents’ safety,” the inspection report said.

Inspectors also said that despite a significant amount of works being undertaken on the premises, one of the centre’s houses remained “stark and uninviting” with a large number of rooms locked and a “sterile type environment”.