Health will be a key issue in the election – but will it affect the outcome?

Varadkar, Martin and Harris have chequered performances as Minister for Health 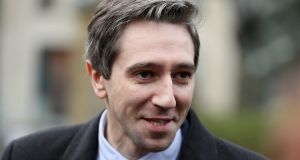 Along with the present occupant, Simon Harris, there is a wealth of experience in the election field of dealing with the challenges of the health service. Photograph: Brian Lawless/PA

Health will once again play a central role in the forthcoming general election, but will it make any difference to the eventual outcome?

Both Taoiseach Leo Varadkar and the Fianna Fáil Micheál Martin have previously held the post of Minister for Health. So along with the present occupant, Simon Harris, there is a wealth of experience in the election field of dealing with the challenges of the health service.

Sadly, the performance of all three men can best be described as chequered, in terms of dealing with the day-to-day problems they faced, but also with regard to having a wider vision or pushing through successful reforms.

The fact is that health is widely seen as unfixable. As a result, the politicians at the helm scaled down their ambitions and went for more straightforward wins: Martin introduced the smoking ban, Varadkar gave us free GP care for under-6s, while Harris majored on social changes such as abortion.

Martin, it is true, created the often benighted Health Service Executive, whose main use to the political class has been to serve as a scapegoat for failings higher up. That structure is currently being unwound, and we may see the restoration of health boards, with local political involvement, within a few years.

It is no accident the Minister of Health of recent years who attracts the most flak is Mary Harney, arguably the politician who tried to introduce the most reforms – such as Fair Deal and consolidated cancer services – to a dysfunctional system during her period in office.

The main problem in health is access. With about 750,000 people on public waiting lists, and up to 760 sick people waiting for admission to hospital on two separate days earlier this month, it’s often hard to see that much of the rest of the system is working reasonably well.

But the figures are going the wrong way, and would be even worse if the Government wasn’t spending millions getting the private sector to prop up the system through various outsourcing initiatives. There were 86,000 patients on trolleys in 2011, the year Fine Gael came to power. By 2014, when Varadkar succeeded James Reilly as Minister, this had fallen to 77,000. He lasted less than two years in the job, and by the time he left in 2016, the trolley numbers had jumped to 94,000. Last year, the worst yet recorded, the figure stood at 118,000.

A lack of money is not the reason for this mess; the health budget has grown by almost €4 billion since Fine Gael entered Government. The population is rising too, of course – and ageing – but the lack of tangible results for the extra money is discouraging.

And while staff numbers in the HSE have jumped, curiously few of these are frontline workers; fewer than 100 extra GPs since 2016, the lifetime of the present Government, and fewer than 1,000 extra doctors.

There are positives Fine Gael will undoubtedly point to: hospitals are busier than ever, there have been big improvements in the performance of stroke, cancer and cardiac services, and we are living longer as a population.

The outpatient waiting list fell by 10,000 last month, which is probably why ministers have been saying “things are going in the right direction, quickly” since the campaign began. But this trend will last only as long as the Government continues to throw large amounts of money at the problem through outsourcing initiatives.

There is a plan for the future, though what the Government candidates won’t tell you on the doorstep is that Sláintecare is not properly costed.

So while health will feature centrally in the election campaign, you are unlikely to hear real, implementable, affordable solutions to the problems in the system. Health spending internationally can be a runaway horse; resources need to rationed, and directed towards those who most need them. However, politicians brave enough to offer this honest medicine over the next three weeks are likely to be as rare as hen’s teeth.