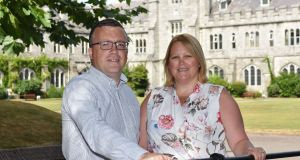 Decisions by the Government and Court of Justice of the European Union (CJEU) to restrict novel plant-breeding techniques and use of genetically modified organisms (GMOs) in crops “could consign Irish agriculture to the scrapheap of history”, UCC plant scientists have warned.

The move by Minister for Climate Action and Environment Denis Naughten to “prohibit or restrict GMOs” was a grave mistake, said Dr Barbara Doyle Prestwich and Dr Eoin Lettice in a briefing on an international plant biotechnology conference being held in Dublin this week.

“The hijacking of ‘green’ and ‘sustainable’ by anti-GMO groupings is not new, but is disingenuous, to say the least,” they added, as the cultivation of GM crops – or biotech crops – had reduced the amount of pesticides used by 620 million kg since their introduction, and was making a contribution in reducing carbon emissions.

The Court of Justice ruled in July that “organisms obtained by mutagenesis are GMOs and are, in principle, subject to the obligations laid down by the GMO directive”.

It also ruled that only “certain mutagenesis techniques” fall into this category, thereby restricting proven technology in plant production. Mutagenesis is the altering of the genetic information of an organism resulting in a mutation, as happens when a new plant strain is created.

Dr Doyle Prestwich, who is president of the International Association for Plant Biotechnology (IAPB), said: “This is nonsense. Mutagenesis for crop breeding is not new and has a proven safety record. For decades, we have been consuming crops that have been crudely blasted with gamma rays, without any adverse health effects.

“We now have a newer mutagenesis technique at our disposal – known as CRISPR/cas – that can do the same thing but in a much more precise way. With its ruling, the CJEU has effectively stymied research in this area, hampered the development of Europe’s bioeconomy and jeopardised food security,” she added.

The Government restriction was “completely at odds with Ireland’s obligations and ambitions for climate action and it is grossly misleading to equate ‘GMO cultivation-free status’ with ‘green, sustainable food [production]’, which is the basis for which Minister Naughten recommended opting out of growing GM crops in Ireland, ” she said.

The next generation of gene-edited crops had the potential to cut climate emissions in agriculture and boost global food security.

“Such crops are far more ‘green’ and ‘sustainable’ than they are given credit for and should be utilised as part of any sustainable food production system, including organic agriculture,” Dr Lettice said.

Consumers want the latest technology, such as a smartphone, but hark back to the good ol’ days where food is concerned

In 2016 alone, fewer insecticide sprays due to the adoption of GM crops resulted in a reduction of 26.7 billion kg of CO2 emissions, which is the same as taking 11.9 million cars off the road, he said.

The IAPB congress brings together 500 scientists from over 50 countries to discuss and presents the latest research on plant biotechnology, including the safety of latest GMO options.

Among the speakers are Prof Kevin Folta of the University of Florida who is delivering a paper on how consumers want the latest technology, such as a smartphone, but hark back to “the good ol’ days” where food is concerned, ignoring advances in how technology can help food production. Irish scientist Dr Shane Morris, who is based in Québec, will outline the Canadian experience of using cannabis for medicinal purposes.