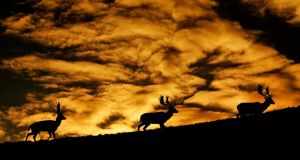 The Office of Public Works (OPW) has rejected a petition from a Green Party councillor for improved lighting in Dublin’s Phoenix Park, a move that it says would prevent light pollution and disturbance to animals.

Chief park superintendent Margaret Gormley said the OPW did not want to encourage people to visit the park at night.

Ms Gormley was responding to a request from Green Party councillor Darcy Lonergan who sought better lighting in the park to allow people, particularly women, to exercise there safely at night.

However, Ms Gormley said that if people should do so, they should be able to “star-gaze” rather than run.

“The Office of Public Works encourages the public to enjoy full amenities and resources of the park, from dawn to dusk,” she said. “We don’t encourage people to go through the park running at night. We’re aware people do, but we don’t endorse that.”

Gas lamps were installed in the Phoenix Park in the 1850s. It is one of the last remaining public places in Europe that still relies on gas light, Ms Gormley said.

“The decision to preserve these gas lights was made to support the conservation of the historic fabric of the park, but also to retain low lighting levels, ie low levels of light pollution, so the park is a place where people can star-gaze.”

She added that the park was a “hugely important” wildlife habitat and supported 50 per cent of the mammal species and 40 per cent of the bird species found in Ireland. The deer were the reason the Phoenix Park existed as it was established as a royal deer park in 1662.

“The low lighting levels support the habitat of the deer. Because the deer graze throughout the park at night.”

Artificial lighting was also having “a very negative impact on nocturnal pollinating species”, she said.

Maintaining the current low lighting levels to minimise light pollution was a “specific objective” of the park’s conservation management plan.

“Thus the OPW has no plans to install additional lighting within the Phoenix Park at the current time,” Ms Gormley said.

“We also don’t want to light up all the Phoenix Park. This was a safety issue so people around the park can actually exercise after 5pm at night.”

She was only asking for “the main strip” of Chesterfield Avenue to be lit up. It was already a busy thoroughfare for cars, “so I don’t think the wildlife would be coming that far in, and if they are they would be used to that type of noise,” she said.

Ms Gormley said the OPW had not been approached by the Garda to say there were any safety issue in the park at night.

“People have to make a judgment call of where they go at night. This is not like a public footpath in the city – it’s a park.”