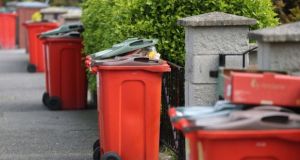 Over 81,000 tonnes of packaging waste is expected to be generated in Ireland over the Christmas period. File photograph: Nick Bradshaw/The Irish Times

Over 81,000 tonnes of packaging waste is expected to be generated in Ireland over the Christmas period, a seven per cent rise on the 2019 season, according to a leading Irish environmental organisation.

New research by Repak found that 27 per cent of Irish people bought all of their Christmas presents online this year. Packaging waste generated from increased online sales during the coronavirus pandemic will create a heavy influx of materials for waste operators to process over Christmas, Repak has said.

The survey of 2,600 individuals also found that 86 per cent of people believed it was important to consider the environment when purchasing Christmas gifts this year. With that in mind, 28 per cent of people bought their presents solely from Irish retailers, while another 33 per cent bought more gifts from Irish shops than they had in the past. Meanwhile, a third of people surveyed said they would not be able to give their gifts in person this Christmas.

The festive period is a time when recycling bins are at their fullest, but this year packaging waste from online retailers increased by 15 million parcels, according to Repak data. With most of this waste expected to be disposed of over the coming weeks, Repak is encouraging Irish people to better understand their recycling duties to ensure the country continues to reach its recycling targets under the EU’s Circular Economy Package.

For the last 22 years Ireland has surpassed the recycling targets in every category, and the volume of recycling waste has increased by 9.1 per cent since Repak’s Team Green recycling initiative launched in 2018.

The not-for-profit’s CEO, Séamus Clancy, is calling on the public to “show leadership and responsibility for protecting the environment by recycling more and correctly at home”. He is also reminding the public that many waste collectors across the country are accepting extra bags of recyclables if people find their recycling bins are full over the festive period.

Repak is also encouraging members of the public to shop local with one of 3,400 Repak members, whose fees fund the recycling of the packaging they place on the Irish market.

All Irish businesses generating over 10 tonnes of packaging per year that have an annual turnover of more than €1 million are obliged to join Repak to comply with EU packaging waste legislation.