Luas traffic chaos – teething problems or a ‘challenge’ too far? 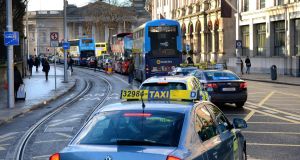 The ever-so-predictable traffic chaos that hit Dublin city on Monday morning, the first working day since the new Luas Cross City began operating, could be just teething problems as commuters adjust to the new kid in town.

However, what is just as likely is that these are embedded structural problems which cannot by ignored if the city is to have a hope of extricating itself from gridlock.

Reports from the early hours were of delays to buses and the new trams, let alone private cars, but by 8.30am the city was at a standstill.

Passengers on some trams said it took more than eight minutes to travel from the Luas stop on Dawson Street to College Green. One bus travelling in the opposite direction took 22 minutes to cover 200m from Pearse Street Garda station to the front gate of Trinity College.

As many as six trams were lined up from O’Connell Street to College Green, unable to move. 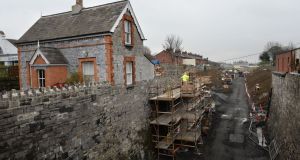 The problems have in part been blamed on malfunctions with the traffic signals which give priority to Luas at junctions, though “encroachment” on to the line by other vehicles was also cited as a factor.

But the fact is the city’s streets are stuffed. There are simply too many vehicles trying to use the same narrow space and the margins are so tight that no one can afford to make a mistake.

The city’s public transport providers, Dublin Bus, Luas operator Transdev, transport officials, Dublin City Council and the National Transport Authority were not oblivious to these problems, or “challenges” as they mostly prefer to call them.

A substantial number of pinch points had already been identified in an area covering pretty much the entire city centre section of the line, from St Stephen’s Green to Parnell Square.

The areas of greatest concern were: the turns from Dawson Street into Nassau Street and Nassau Street into Lower Grafton Street, where buses would unavoidably block the tram if they crossed the dividing white line, even by a few centimetres; the area around the top of O’Connell Street where trams run in three directions; College Green, where in advance of the proposed pedestrian and cycle plaza, traffic is running back and forwards over the line to and from Dame Street; and O’Connell Bridge, where if motorists block yellow box junctions, the trams could block the quays.

In addition to these pinch points, the cross-city trams face a challenge not much experienced on the other two lines, that of shared running – with vehicles allowed to drive on the tram tracks along half of the streets the new Luas uses in the city until it reaches the old railway cutting at Broadstone.

At the moment, this is all being dealt with through the medium of traffic management – instead of banning cars, vans, taxis or buses from any areas they are being “managed” with the use of traffic signals and yellow box junctions.

Dublin City Council intends to wait until after Christmas to see if further traffic restrictions will be imposed, and will have to wait until next April before it knows whether An Bord Pleanála will allow it to ban buses driving to and from Dame Street through College Green.

On Monday morning, at least, relying on the good behaviour of the Dublin motorist, and the efficacy of traffic signals didn’t work out. It is early days yet, but it is looking likely that the only solution will be to take the private car out of the equation in the heart of the city.