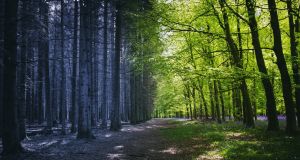 If Ireland wants to comply fully with its Paris Agreement obligations it should be cutting its carbon emissions by more than 12 per cent a year, according to top climate scientist Prof Kevin Anderson.

The programme for government plans for a 7 per cent reduction on average per annum up to 2030.

In a stark assessment of Ireland’s carbon mitigation plans to be legally enshrined in the Climate Action Bill, Prof Anderson said: “To be Paris compliant Ireland needs to deliver real-zero CO2 by 2035-40” – in contrast of a national target of carbon neutrality by 2050.

Similarly, it needed to immediately cut total agricultural methane and nitrous oxide emissions by at least 3 per cent year on year, he said.

In analysis, he had concluded Ireland had a total carbon budget left of 300 million tonnes of CO2 equivalent at best that it could legitimately emit. This required an 80 per cent cut in emissions by 2030 – the current target is about 55 per cent.

The 300 million figure was a provisional assessment, Prof Anderson told the Oireachtas climate committee which is reviewing the Bill. But it amounted to just “seven years of current CO2 emissions”.

All told, international mitigation efforts if delivered would contain global temperature rise to 2 degrees, which is “not safe”, said Prof Anderson who is based at the University of Manchester. “My judgment is that holding to 2 degrees is now the best outcome that can be achieved.”

He added: “Given the policy and socio-economic inertia in delivering such mitigation rates, and considering the cumulative nature of emissions, this suggests that to deliver on Paris requires something approaching an 80 per cent cut in Ireland’s energy-based emissions by 2030, and complete decarbonisation of Ireland’s entire energy system – including aviation and shipping – by 2035-2040.”

The Paris Agreement was unjust, he said, as “holding to a 2 degrees or 1.5-degree rise will still see a significant rise in climate-related deaths and suffering across those poorer communities living within climate-vulnerable parts of the world. Those suffering will primarily be people of colour, and initially the burden will fall disproportionately on women and children”.

These are impacts wealthy high-emitting nations had chosen to impose upon poor and low-emitting communities “by preferring rhetoric and unfounded optimism over genuine action to cut emissions”.

In Ireland’s case, energy emissions had increased by 18 per cent since 1990; 20 per cent when aviation and shipping emissions are included. While accepting decarbonisation is hugely challenging, Prof Anderson said “Ireland should have started 30 years ago.”

“The emissions of a typical Irish citizen were, in 2018, over 50 per cent higher than those of their Chinese counterparts, almost twice the global mean and over eight times that of the average African,” he said.

Yet most Irish emissions came from a small number of people, who he described as “a mobile elite”; wealthy people who drive a lot, who fly a lot, who eat a lot” of exotic food and consume a lot more than the average person.

As a wealthy country and acknowledging the need for equity, Ireland’s “national climate objective” incorporated in the Bill must deliver emission reductions “without recourse to offsetting or other accountancy ruses”.

Aligning just transition policies with decarbonisation measures is necessary to ensure emissions are radically reduced, “but in a way that is fair, inclusive and equitable. However, there is no blueprint or fixed set of rules to achieve this.”

Sharon Finegan, head of the Climate Action Unit in the Department of the Taoiseach, said the Bill provided a strong legislative basis for placing climate action at the core of policymaking. “The carbon budget process will set ceilings . . . on our total emissions, and meaningful plans will be put in place to ensure these limits are not breached.”