Tidy Towns contest to go ahead next year, says Humphreys

Competition cancelled this year due to pandemic may have to be altered, says Minister 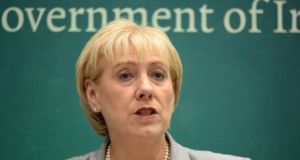 Minister for Community Heather Humphreys: ‘We may need to alter and adapt our approach to delivering the competition next year, given the ongoing constraints posed by Covid.’ Photograph: Dara Mac Dónaill

The annual Tidy Towns contest will go ahead next year, Minister for Community Heather Humphreys has said.

After concerns were raised that the competition, which has run for more than 60 years, could be lost forever if cancelled for a second year in a row during the pandemic, Ms Humphreys said she was working on a way it will resume in 2021.

“As we look forward to next year, I want to assure all of the Tidy Towns groups and their volunteers, that there will be a SuperValu TidyTowns competition in 2021,” she said.

“We may need to alter and adapt our approach to delivering the competition next year, given the ongoing constraints posed by Covid, but we can retain the ethos of the competition that has stood the test of time so well.”

Ms Humphreys had previously cast doubt over the contest going ahead next year.

Asked about it in a parliamentary question, she said its resumption would depend on the public health risks existing in the first three months of 2021.

Her department was “monitoring the situation on an ongoing basis and a decision on the competition, with any necessary precautions in place, will be made early in 2021”, she said at the time.

Labour’s community spokesman Seán Sherlock insisted last week there was “no conceivable reason” for the contest not to take place next year and urged the Government to give a “clear signal” immediately that it would go ahead to ensure it survives.

On Wednesday, Ms Humphreys moved to reassure more than 800 local Tidy Towns committees and their volunteers, who were left dismayed when the contest was cancelled in April this year during the first lockdown to stem the spread of the virus.

“My department is currently considering the format the competition could take next year, having regard to restrictions on gatherings at each of the five levels of the Government’s Plan for Living with Covid-19, and the paramount need to protect the health and wellbeing of volunteers and adjudicators,” Ms Humphreys said in a statement.

“The details of any changes in the competition will be shared with Tidy Towns groups well in advance.

“I also want to assure them that my department, our sponsor SuperValu and the Government is absolutely committed to the SuperValu Tidy Towns competition and we look forward to encouraging more and more towns and villages to join us in future years.”

The competition, which has been running since 1958, encourages communities to work together to improve their local environment. It was launched by the tourist board, then Bord Fáilte, but was later taken over by the government.