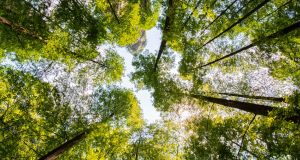 Ireland has had the lowest amount of losses of natural and semi-natural vegetation but has restored little land under this heading.

Ireland is out of step with many developed countries who are curbing carbon emissions, the latest environmental data released by the Organisation for Economic Co-operation and Development (OECD) reveals.

The OCED Environment at a Glance Indicators 2019 report also confirms the extent to which pressure on Irish biodiversity is an increasing threat to key species in Ireland – though this is part of a global trend and exacerbated by global warming.

The latest figures – mostly for 2017 – show global greenhouse gas (GHG) emissions have increased by 1.5-fold since 1990, driven by economic growth and increasing fossil fuel use.

In almost all OECD countries, however, emissions have been declining. This is partly due to the economic slowdown following the 2008 financial crisis, but also to strengthened climate policies; Ireland is among countries, mostly outside the EU, where emissions are increasing. On a more positive note, 32.5 per cent of electricity generation in Ireland was from renewables.

“Progress overall is insufficient and GHG emissions are expected to rise again [globally] due to recent increase of energy use and CO2-related emissions,” notes the OECD, while criticising government incentives that continue to benefit the oil and gas sector.

Most OECD countries are on track to meet their 2020 reduction target – again, Ireland is not in this category.

“Emissions of OECD countries peaked in 2007, have fallen over the past 10 years [by 9 per cent] and now seem to be stabilising,” it adds. New Zealand and Ireland are highlighted as countries where “ agriculture is “the first GHG emitter” [above 30 per cent].

On a per-capita basis, however, OECD countries still emit far more CO2 than most other world regions, with 8.9 tonnes of CO2 emitted per capita , compared to 4.3 tonnes in the rest of the world. Ireland emitted 12.78 tonnes per capita; the ninth highest of 36 OECD countries –– more than double Sweden and Switzerland.

Ireland has had the lowest amount of losses of natural and semi-natural vegetation but has restored little land under this heading.

On waste management, overall volumes are increasing but Ireland is among six countries recycling more that one-third of municipal waste.

Air quality in most OECD countries is improving, as particulate matter (PM2.5), sulphurous and nitrous oxides which cause air pollution are steadily reducing, though they pose a health threat in many urban environments.

According to separate research published on Monday by Nature Climate Change, more nitrous oxide, a problematic greenhouse gas, is going into the atmosphere than previously thought due to use of nitrogen fertilizers and the combustion of fossil and biofuels.http://www.oecd.org/environment/environment-at-a-glance/