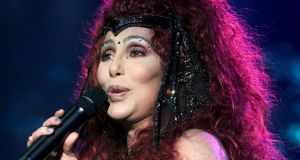 Cher replied: “#HellToTheYeah” and retweeted the call to action to her more than 3.5 million followers.

Pop singer Cher has backed a proposal to ban drilling for oil and gas in Irish waters.

The move to outlaw the issuing of fossil fuel exploration licences in the Republic featured in a Bill voted on by the Dáil on Thursday.

TDs voted against the Government and accepted by 78 votes to 48, the Bill introduced in the Dail by People Before Profit TD Bríd Smith to end the granting of licences for fossil fuel exploration and extraction in Ireland.

The Government is not obliged to act on opposition private members’ Bills as that is an executive function of the Minister and the Bill’s supporters may have difficulty getting it through committee stage, when amendments are discussed.

But the Coalition did support and pass another environment-related private member’s Bill when it enacted legislation to ban onshore fracking in Ireland, brought by Fine Gael backbencher Tony McLoughlin.

Green Party legislative researcher Sinéad Mercier sent a tweet to Cher appealing for her support. “@CherOfficiaI could you please ask @campaignforleo to support the #ClimateEmergency Bill today?” she said.

“Ireland has 250,000 bottlenose dolphins visiting our seas every summer - we want to become the 4th country in the world to ban oil & gas drilling to protect them.”

Cher replied: “#HellToTheYes” and retweeted the call to action to her more than 3.5 million followers.

Speaking ahead of the vote, Green Party leader Eamon Ryan said it was “shaping up to be a truly historic day for environmentalism in Ireland”.

“The tide has turned on fossil fuels, and there is widespread political support now for a just transition to renewable power,” he said.

“If we are to keep global temperature rises below 1.5-2 degrees, avoiding climate chaos, then 80 per cent of known fossil fuel reserves need to be left in the ground. By signing the Paris Agreement, Ireland committed to such a plan.”