Hubs of deep-water life in need of greater protection 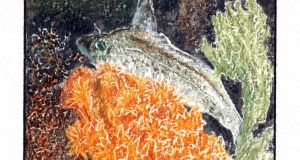 About 235km west of my workroom window, give or take a few Atlantic swells and bobbing plastic bottles, the continental shelf off Mayo slopes into the cavernous Rockall Trough.

There, from 400m to 1,000m down, stand dozens of sedimentary mounds, or reefs, up to 200m high. Several million years old, they are crowned with branching corals as hubs of deep-water life.

They form Site 0002330 on the Porcupine Bank as defined by the National Parks and Wildlife Service (NPWS). This is one of five deep-sea coral zones off our southwest and west coasts submitted as marine-protected areas (MPAs) to Ospar, the commission for conserving the northeast Atlantic.

Bottom-trawling was wrecking much of the fragile deep-sea coral, but Ospar has no legal protective powers of its own. That was why, like other European agencies, the NPWS took to the ocean and included its MPAs as special areas of conservation under existing EU habitats and birds directives.

The rest of the Republic’s MPAs are also special areas of conservation – coastal bays, estuaries, islands, sandbanks, reefs and caves, some of which protect threatened species such as dolphins and porpoises.

The deep coral zones designated far offshore were closed to bottom-trawling by the Northeast Atlantic Fisheries Commission, and the European Parliament has lately approved a ban on bottom-trawling below 800m.

The Deep Sea Conservation Coalition, an international NGO, thinks these measures will protect about half the extent of Ireland’s main deep coral species, Lophelia pertusa; to save more, it wants the ban raised to 600m.

Another weighty NGO, Oceana, examining the progress of EU states in creating MPAs, found Ireland in “a race to the bottom” in the share of ocean it protects.

This has to depend, of course, on how big Ireland’s “waters” are, and how far its vast seabed claim, beyond the country’s exclusive economic zone, should carry any duty of care.

Ireland has no department of the marine; its government function is shared with agriculture and food

More than a decade ago, the European Commission realised that its nature directives were limited in conserving the deeper ocean. So it created the marine strategy framework directive, charging member states with achieving “good environmental status” of their waters by 2020.

National plans would be submitted as programmes of measures, now happily called PoMs, in which a network of MPAs would be key.

This was a formidable task, given the huge spread of maritime activity, from fisheries, wind farms, and oil and gas prospecting to transport, tourism and aquaculture. Where should it be placed?

Ireland has no department of the marine; its government function is shared with agriculture and food. Great energy and initiative has come from the Marine Institute on Galway Bay, and its research and advice have been key to the Government plan called Harnessing Our Ocean Wealth.

The institute urges respect for ocean ecosystems, but active conservation remains with the NPWS, immured in the Department of Culture, Heritage and the Gaeltacht. And a call for “a holistic vision” in a national maritime plan has been hosted by the independent Environmental Protection Agency, where the NPWS probably belongs.

On whose desk, then, did the daunting oversight of PoMs eventually descend?

Richard Cronin is a senior adviser with the water and marine advisory unit of the Department of Housing, Planning, Community and Local Government. A website of the Ospar commission, to which Cronin was elected as a vice-chair in 2016, offers his aptly engaging photograph – fit, eager and weather-tanned in an open-necked outdoor shirt.

His work, he writes, “focuses on how we interact with and prevent harm to marine ecosystems and how we ensure that we utilise our marine resources sustainably”.

His minister, briefly, at that time was Simon Coveney, now Tánaiste but formerly in charge of agriculture and fisheries and an advocate for “a coherent and effective network of marine protected areas with appropriate enforcement measures where they do not already exist in law”.

MPAs duly appeared among the 227 programmes of measure listed by his department. They proposed a national strategy to create and manage temporary or permanent MPAs, set up “in functional zones for fish”, and use “tools such as habitat protection orders, no-take zones, etc”.

MPAs consequently took their place in the department’s Maritime and Foreshore (Amendment) Bill 2013, still awaiting discussion in the Dáil. According to analysis by UCC’s Anne Marie O’Hagan, this body of law, amended on seven occasions, “remains the single key legal instrument for managing the marine and coastal environment and development therein”.

While pressingly concerned with control of the foreshore, the Bill delegates designation of MPAs to “the appropriate minister”. This must be the new Minister for Culture, Heritage and the Gaeltacht (and the NPWS), Josepha Madigan.

These ramifications of ocean conservation in Ireland have been surprising. What, for example, apart from planning law, makes it the business of the Department of Housing etc?

Ms Madigan, meanwhile, holds one corner of an important and intricate network of the uses and care of the sea.