Dyscalculia: Why maths doesn’t add up for some of us

Many suffer from dyscalculia, a problem as common as dyslexia but seldom diagnosed 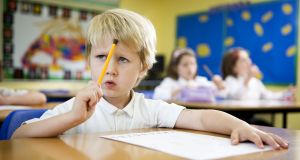 “Kids who can’t learn arithmetic are regarded as being stupid. But they’re not – they’ve got this rather selective deficit,” says Brian Butterworth, professor of cognitive neuropsychology at University College London.

Do you find it impossible to calculate tips in restaurants? Does the prospect of calculating how many tiles you need for your kitchen fill your with dread? Do you struggle with calculating change? Have you always struggled to remember maths tables?

Then, there’s a chance you suffer from dyscalculia, a specific learning disorder in maths.

This week, researchers in Northern Ireland published research which found that many children are suffering from this developmental condition but are not aware of it.

A team of academics at Queen’s University Belfast examined the performance of more than 2,400 primary schoolchildren and found that some 112 children had a specific learning disorder in maths.

However, just one of these children had been previously diagnosed with dyscalculia.

The prevalence of the condition is estimated to be about 6 to 6.5 per cent. While this rate similar to dyslexia – which affects reading and spelling – there is far less awareness of dyscalculia.

In fact, the research team estimates that a child with dyslexia is more than 100 times as likely to receive an official diagnosis and educational support than one with dyscalculia.

So why are so few children being diagnosed?

Máirín Barry, a former lecturer on special education needs at the UCD school of education, says there is far less awareness of the conditions even among specialists.

While it was first identified in the 1970s, there is still relatively little known about dyscalculia. “We have a lot of catching up to do in terms of our understanding of dyscalculia,” she says.

“The priority was literacy – to get everybody literate and able to leave school with the ability to read and write.

If it is diagnosed at a younger age by an educational psychologist, there are techniques to help children to develop a better “number sense” through use of physical counting materials.

The education system, she says, doesn’t always recognise this.

“You’re trying to make sure that numbers seem real to children – because they find them so abstract. They have no real sense of numbers.

“So, our support systems needs to be more open-minded in helping these children to get a better understanding of numbers.”

Without learning support, numeracy problems can be reinforced at school. “Traditional teaching methods, while very effective at developing calculation skills if you have a good rote memory, tend not to develop good understanding of maths,” says Barry.

“This continues through the system, and you end up with people who in their daily lives agonise over how to pay a tip or how much material to order.”

Another issue, at least in the past, is the rigid, diagnosis-driven way special education supports have been delivered. Up until just over a year ago, schools were not able to apply for resource-teaching hours for dyscalculia.

Among adults, dyscalculia can be hard to spot as it is compounded by other factors

Under a new system, schools now have much more flexibility to use supports depending on the level of need in the classroom.

Among adults, dyscalculia can be hard to spot as it is compounded by other factors, such as maths anxiety and poor teaching methods. The issue of hidden difficulties with numeracy also raises the wider issue of maths anxiety.

Many adults presented with a maths problem either clam up or else proudly wear their poor maths ability as a badge of honour.

Dr Pádraig Kirwan, head of Waterford Institute of Technology’s department of computing and mathematics, sees this regularly among Irish students. “In China and other Asian countries, they don’t seem to have this an issue on anywhere near the same level. Maths is a treated like a subject in the same way as any other.”

He suggests there may be cultural or teaching issues that lie behind some of the wider anxiety around maths.

Kirwan, for example, recalls his daughter being taught a basic maths technique in primary schools that was wrong. “I was able to correct it for her, but other children in the class didn’t have the benefit of that.”

For those who genuinely suffer from dyscalculia, it presents real lifelong problems.

Research in the UK has shown that adults with numeracy problems – of which people with dyscalculia are one group – are significantly disadvantaged.

There is often a general assumption that women are affected more than men, and that maths and maths anxiety contribute to the barriers that keep women underrepresented in the Stem (science, technology, engineering and maths).

In the case of dyscalculia, however, Dr Kinga Morsanyi – who led the team of experts from Queen’s University Belfast’s school of psychology behind this week’s research – says they found no gender differences, either in the prevalence of dyscalculia, or of exceptionally high performance in mathematics

“In society, there is sadly a widespread notion that you need a special talent to be good at maths, and that struggling with maths is normal for some people, but this is not the case and it’s not something we would accept if a pupil was unable to read,” she says.

“It is important to raise awareness of dyscalculia, as numeracy difficulties often lead to problems in later life, including greatly reduced employment opportunities, increased health risks and an increased risk of involvement with the criminal justice system.”

Brian Butterworth, professor of cognitive neuropsychology at University College London, and an expert in dyscalculia, has said the biggest challenge for dyscalculia agrees that getting wider recognition for the condition.

“Kids who can’t learn arithmetic are regarded as being stupid. But they’re not – they’ve got this rather selective deficit,” he told The Irish Times recently.

“Recognition would mean that sufferers would have access to specialised help, just as sufferers from dyslexia do. Specialised help would raise their mathematical competence and make them more able to cope with the demands of a numerate society.”