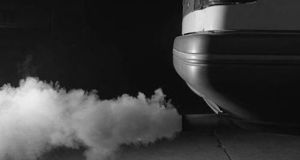 Ireland will have to stop making “aspirational pledges” on how it is going to achieve reductions in carbon emissions and adopt renewable energy, according to the leading climatologist Prof John Sweeney.

The consequences of a new climate and energy plan, a draft of which must be submitted by the Government to the EU before the end of 2018, meant Ireland would have to commit to yearly targets “and hard choices will have to be made out to 2050”, he told the Oireachtas Committee on Climate Change.

The choices would be “unpopular, disruptive and will cause angst in particular sectors”, but decisions had to be taken now on energy and emissions because of a growing realisation that not enough is being done to tackle global warming.

The EU, determined to fulfil a global leader role on climate action, had adopted demanding new directives on renewable energy and energy efficiency and set a 32 per cent “effort-sharing” target for renewable energy by 2030. It was possible that later this year, he said, it would propose increasing that figure to 45 per cent at the UN “COP24” meeting in Poland.

In addition, next month’s UN report on the likelihood of limiting global temperature rise to 1.5 degrees above pre-industrial levels would re-enforce that case. He was not breaching confidentiality by saying it will show that unless there is an accelerating rate of decarbonisation in all economies, keeping temperature rise to that limit will not be achievable.

Prof Sweeney of Maynooth University was part of a delegation from the Environmental Pillar which appeared on Wednesday before the committee – it is examining how best to implement the Citizen’s Assembly’s recommendations on climate change and policy adjustments needed to meet the requirements of the climate and energy plan.

Five-year carbon budgets for the whole economy adopted by parliament and extending beyond the term of a particular government, which had proven to be highly effective in the UK, should be adopted in Ireland, EP spokesman Oisin Coghlan said.

“One of the main reasons the 2017 National Mitigation Plan hasn’t worked is because it didn’t start with a whole-economy carbon budget to which the policies and measures had to add up,” he said. “It started with no limit, no target and simply invited sectoral Departments to propose measures to cut [carbon] pollution.

“Without that budget, that limit, Government negotiations on climate measures will never produce a plan to cut emissions in line with the Paris Agreement,” he believed.

Mr Coghlan said, however, recent admissions of climate action failures by the Government “clear the decks for the committee to forge a climate action plan for the next decade that puts Ireland on track to do our fair share to meet our climate commitments”.

“The Government has conceded frankly that current policies and measures are not working and that we need a reset,” he added.

“In the face of the global emergency and Ireland’s baffling procrastination, we see this committee’s role as ushering in an era of action,” he added.

Charles Stanley Smith of An Taisce outlined key policy decisions the State should take to bring Ireland a step closer to real climate leadership, including an end to subsidies for peat harvesting; “rewetting” of bogs and a carbon tax on agricultural emissions.

A vulnerability assessment of key infrastructure to determine how exposed Ireland is to the threat of climate change was also needed, he said.

Greater investment was needed in clean public transport, and in cycling and walking infrastructure to bolster a move away from private car use, he suggested.

“A priority should also be to move away towards active transport, green public transport, shared electric car schemes and car-pooling. Long commutes are a social problem as well as a cause of transport-induced emissions,” he said.

Andrew St Ledger, also of the EP, called for an independent review of Coillte to ensure the commercial semi-state body managed its large public land bank in a climate-resilient manner. Prioritising a new forestry model of native trees and biodiversity rich woodlands in the right place was necessary, rather than relying on use of unsustainable biomass.

He called for farmers to be rewarded for carbon storage and land diversification, with a focus on planting native trees and organic farming.