Claiming expenses: ‘If you were on the VIP list you played by different rules’ 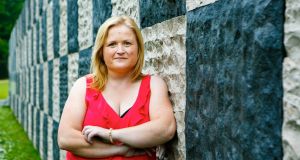 Within weeks of being placed in charge of verifying expense claims at University of Limerick’s finance department, Leona O’Callaghan noticed a troubling trend.

In mileage claims, some senior staff seemed to receive payment for journeys between their home and the university.

Then there was a claim for the delivery of a fitted kitchen for one relocating staff member.

“There seemed to be irregularities with what was allowable and not. It was all to do with who the person was claiming, not what was claimed for,” she says.

“If you were on the VIP list you played by different rules. But for the ‘joe soap’ or student, it was extremely strict for expenses.”

O’Callaghan, who took up the role in September 2009, eventually left her post a few years later.

She says her position became unsustainable when she challenged these expenses and felt “managed out” of her position in the university.

Her allegations, which have been strongly denied by UL, sparked a chain of events which led to the announcement last week of an independent review into claims of misconduct at the university.

The review is set to highlight concerns over governance, human resources and financial practices at UL.

But similar concerns have been expressed over other higher education institutions in the form or protected disclosures or audit reports.

They also show how some universities have resisted attempts to declare private income raised through trusts and foundations on their accounts, along with additional payments to staff members over and above their salaries.

The Higher Education Authority, which is responsible for policing these issues, says it has placed significant effort on providing a “robust and clear” approach to the governance of the higher education sector in recent years.

This has include a sweeping review of its approach to the oversight and governance of higher education institutions.

New measures include more comprehensive annual governance reporting requirements, the introduction of rolling reviews focusing on particular aspects of governance performance and the introduction of signed financial memoranda between the Higher Education Authority and colleges setting out respective responsibilities.

This, it says, culminated in the establishment of a new governance framework for the higher education system.

There is, certainly, evidence of progress across many of these areas recently. Yet, the length of time it has taken for an independent review of allegations at UL also show the limits of the authority’s powers.

The HEA, which can only launch an external intervention with the agreement of a university, had been privately trying to persuade UL to agree to an independent review over the past year.

It met with resistance and a blanket insistence that the college had robust processes in place to deal with all allegations.

It was only when a new president, Prof Des Fitzgerald, took over earlier this month and instigated a review that the ground shifted.

Keen to address the issues and ensure public confidence, he requested an independent review on his first day in office.

This will now examine the wide range of allegations facing the university from a variety of staff and former staff members.

For whistleblowers such as Leona O’Callaghan, there is relief that these issues will face a detailed investigation.

She says she has paid a high price through her job, self-confidence and time with her family.

“It should have happened a long time ago, but I’m thankful that it’s happening now. I hope wrongs are put right, and that no one else has to go through what I and other have gone through.”