Teaching time in key subjects to be cut for wellbeing classes 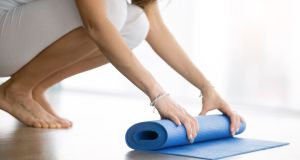 Schools will have to reduce the time spent teaching subjects such as science or European languages to facilitate the introduction of “wellbeing” classes under junior cycle reforms, it has been claimed.

The first wellbeing classes – which begin for first-year students from next September – are aimed at enhancing students’ physical, mental, emotional and social wellbeing.

The time allocated for individual subjects other than English, maths and Irish will reduce over the three years of junior cycle from 240 hours to 200 hours each , according to correspondence the party has received from the State’s advisory body on the curriculum.

Meanwhile, time devoted to teaching the wellbeing programme when fully implemented will be between 300 and 400 hours.

Mr Byrne said that while he accepted the need for classes which emphasise mental health and physical wellbeing, he said the full details of its implementation “have been hidden until now”.

“It seems ridiculous that subjects such as German and French are set to lose classes at a time when research consistently shows that we need to be increasing the hours devoted to teaching modern languages,” he said.

“There will be three fewer classes per week to facilitate the teaching of sciences and modern languages such as French and German.

However, a spokesman for Minister for Eduction Richard Bruton said the claims that wellbeing classess were displacing other subjects was “misleading”.

He said the changes formed part of a wider reform of the junior cycle and will give schools flexibility to suit their individual needs and wishes, including the roll-out of short-courses such as computer coding.

“This change, along with all aspects of the framework for junior cycle, has been subject to extensive consultation with all stakeholders,” the spokesman said.

Betty McLaughlin, team leader for wellbeing at the Junior Cycle for Teachers, a Department of Education support service for schools, insisted students will gain under the new reforms.

She said the introduction of wellbeing will help build key skills among students – such as resilience – which will enhance their learning across all subjects.

While there was a reduction in teaching time for some subjects, she said junior cycle reforms were aimed at easing exam pressure on students and enhancing the quality of their learning.

The length of junior cycle exams at the end of third year, for instance, will reduce from up to five hours in some subjects to two hours.

Subjects, such as science, will have a greater focus on inquiry-based learning and rather then rote-learning under the new reforms, she said.

Ms McLaughlin said that overall the new wellbeing programme was a “mindset shift” which would enhance students’ learning across all subjects by boosting their capacity to learn.

She said this was backed up by new international research which found that teenagers who feel part of a school community and enjoy good relations with their parents and teachers are more likely to perform better academically and be happier with their lives.

The first OECD Pisa assessment of students’ wellbeing was based on a survey of 540,000 students in 72 countries.