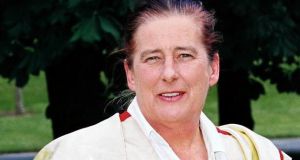 Dr Caroline Hussey was registrar and deputy president of UCD from 1994 until her retirement in 2004. Photograph: UCD

Tributes have been paid to former University College Dublin registrar and academic Dr Caroline Hussey who has died following a short illness.

A former lecturer in biochemistry, she made an early transition to academic administrator and served as registrar and deputy president of UCD from 1994 until her retirement in 2004.

Dr Hussey completed a PhD in biology in Trinity College Dublin in 1966. She worked at Trinity and Harvard University before returning to UCD. She also served as president of the Irish Federation of University Teachers (IFUT) from 1989 to 1992.

IFUT general secretary Mike Jennings, said that Dr Hussey “was a warm and gentle woman who had retained a lifelong commitment to the interests and needs of higher education.

“During her long and illustrious career, Caroline combined a multitude of roles ranging from registrar of UCD to chairperson of the National Council for Curriculum and Assessment.

“Perhaps her greatest commitment was to the promotion and defence of the highest of standards in higher education, best exemplified by her tenure of three years as president of IFUT.”

Dr Hussey died on Thursday. Her removal will take place on Sunday at 6.15 pm to the Church of St Mary, Haddington Road. Her funeral Mass will take place there Monday at 10 am followed by burial in St Fintan’s Cemetery, Sutton.