What do Ireland’s universities offer students by way of sports and health facilities? 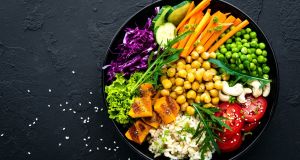 Starting your new life in university is a time soaked in new experiences and opportunities – but what can you expect to find by way of sports and health facilities at third-level institutions?

Almost all universities perform quite well in this regard, and in recent years there has been a shift in terms of the ethos at third level towards mindfulness, physical activity, and general wellbeing.

“A lot of societies now have alternatives to going to the bar or going out drinking,” she said. “You see a lot more of them – and student unions also – making more of an effort to have alcohol-free events.

“We’re seeing more movie nights being put on, art workshops, photography classes and events focused on mental health. There has been a shift but there are still a lot of students who are drinking maybe too much alcohol.”

“Ireland and its universities are getting healthier in terms of the overall approach,” she said. “We had an alcohol committee that worked on a national policy called React which was based on reducing excessive alcohol consumption.

“It involved things like brief intervention training for staff; looking at events and how they’re organised; supporting students if they are intoxicated. We implemented a range of policies under that.

“We’re also working with the HSE on the national sexual health strategy so we’ve committed to extra locations for condom distribution.

“We run healthy food and cooking courses. With healthy eating it’s often a case of getting stuck in and getting cooking. The practical side is really important for students.”

Ms Mahon said the initiatives at the university are important because going to third-level institutions often means leaving a structured setting where you had a family and a “school with rules”.

“That increased freedom can create space for risky health behaviours like binge drinking, drug-taking and smoking,” she said.

Over at UCD, there are state of the art sports facilities all over campus, including its new running track, which is currently under construction.

UCD said in a recent circular that the track would “deliver a world class athletics facility for the UCD community comprising of an eight-lane 400m IAAF synthetic track and a grass infield area suitable for athletics and multiple field sports”.

The site will also feature “track training lighting (up to 18m high)” and “conduit to allow for electronic timing and scoring to the infield”.

UCD director of health promotion Brian Mullins said he hoped the track would be operational by May or June.

“The new running track is in the pipeline for the last number of years,” he said. “It’s hoped it will be ready by next May or June. Like all these projects, it’s difficult to stick to a definite timeline, but that’s the ambition.”

“We were awarded the status of a health promotion university back in 2012,” she said. “We have an initiative called Health Matters, which is a joint HSE and HEI (higher education institute) collaborative. That has its own health strategy embedded in it.

“The point of it is to not just manage health when it becomes illness, but that a proactive approach is taken to lifestyle maintenance and promotion of good health before the situation escalates.

“There are GPs, nursing staff, part-time psychiatry and student counselling services,” she said. “We have disability support services, an occupational therapist, and ancillary supports.

“We target first years as a potentially high-risk group. There is a first year experience co-ordinator to help people transition to the university and to understand how the system works and the changes as you move from secondary level to third level.”