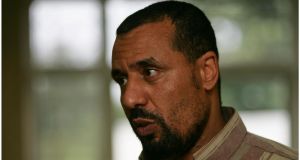 Trinity College Dublin is to provide an alternative Arabic language teacher for students who do not want to be taught by a controversial academic who has endorsed female circumcision.

Dr Ali Selim, a member of the Islamic Cultural Centre of Ireland, lectures in an evening language course in Arabic at Trinity.

He sparked controversy last week when he declared his support for female circumcision, though he insisted he did not advocate female genital mutilation.

In a statement, a university spokesman said Trinity will facilitate parallel Arabic language classes by a second teacher in “response to complaints from a large number of Dr Ali Selim’s students”.

It added: “This will ensure that students who have criticised Dr Selim in a letter to their head of school will have the option to take lessons and exams with a new teacher.”

The university has faced calls for Dr Selim to be dismissed from his position by the president of its students union and by an associate professor at the college.

Dr Ronan Collins, a clinical associate professor at Trinity’s school of medicine, also called on Dr Selim to resign on the basis that his views were at odds with the university’s ethos.

It is understood Dr Selim is not a permanent staff member and is employed on an hourly basis.

In a statement, a Trinity spokesman said the college “utterly condemns” female genital mutilation in all circumstances, and added that both the university’s teaching body and students believed the practice was always wrong.

FGM, which is often referred to as female circumcision, is illegal under the Criminal Justice (Female Genital Mutilation) Act 2012.

Dr Ali Selim told The Irish Times earlier this week that his recent comments about female circumcision have been unfairly equated with FGM.

“I clearly condemn female genital mutilation. For me circumcision means something else, for me I use the word circumcision instead of using the word labiaplasty.”

Labiaplasty is a medical procedure where the inner labia are surgically altered or reduced, in some cases due to discomfort experienced by the woman, sometimes following childbirth.

Muslim paediatricians based in Ireland, however, have said said there was no difference between female circumcision and FGM and warned that the effects of the practice could negatively impact on a woman’s entire life.

Dr Deirdre Murphy, a professor of obstetrics at Trinity, said “any doctor who suggests female circumcision is medically indicated is deluding themselves”.

She added that female genital cutting and female circumcision are “synonymous terms”.

A fatwa against female FGM “in all its forms” has also been issued by Shaykh Dr Umar Al-Qadri, head imam of the Islamic Centre of Ireland at Blanchardstown in west Dublin.