Alarm over ‘dumbing down’ of criteria for new technological universities 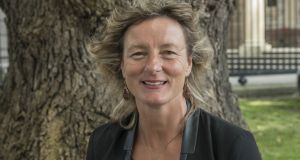 Green Party Senator Grace O’Sullivan says the standing of new technological universities could be jeopardised before they are even “off the ground”. Photograph: Brenda Fitzsimons

Universities have expressed alarm that their reputation could be damaged due to the “dumbing down” of criteria required for institutes of technology to secure new technological university status.

Most of the State’s institutes of technology in Dublin, Munster, Connacht-Ulster and the southeast are bidding to secure new technological universities status.

The minimum thresholds required to become a technological university were first set out in 2012, such as the proportion of staff with PhDs and the volume of students involved in research.

However, senior university sources say legislation – due to be enacted by the Oireachtas shortly – dilutes these minimum thresholds.

A senior source said: “This is a significant dilution of one of the key criteria for technological university qualification. It greatly reduces the bar to entry and, over time, could damage the reputation of all universities, both technological and the existing main universities.”

The source added: “It has not been explained why there has been a shift in the criteria from those agreed by the Higher Education Authority with all stakeholders in 2012 when the idea of technological university was first being advanced. This represents a dumbing down of the university brand.”

Officials in the Higher Education Authority (HEA), however, have disputed claims criteria have been watered down.

“The language has changed slightly given the move from an outline of technical criteria for a process to a legislative format but otherwise there is no material difference,” a HEA official said.

Under the original criteria agreed in 2012, an institute of technology needed to have 45 per cent of all its academic staff at level 10 (PhD) in order to qualify to become a technological university,

The new Technological University Bill states that this 45 per cent rule applies only to those staff who are teaching honours degree programmes or higher (level eight-plus).

This, say university sources, is significant as a large proportion of staff in many institutes of technology teach only levels six and seven (advanced certificate and ordinary degree) programmes.

As a result, it is claimed that the criteria in the Bill will apply to a much smaller pool of academic staff.

“The further dilution effect of applying the 45 per cent to a subset of staff effectively makes this criterion around staff a very low barrier to entry,” a university source said.

“Given that teaching excellence is at the heart of the university system, and is constantly referenced in Department of Education missives on performance targets and so on, this dilution of a key criterion seems at odds with Government policy.

“It seems hard to see how it fits with the constantly quoted target of being ‘best in Europe by 2026’.”

The legislation is due to be debated in the Oireachtas this week, where Senators Grace O’Sullivan (Green Party) and Lynn Ruane (Independent) have proposed amendments in these areas.

Ms O’Sullivan said analysis she has seen indicated only one institute of technology will not meet the revised criteria.

She said presidents and registrars of many of the existing universities have agreed this constitutes a significant dilution of standards.

“It’s my concern that unless the Bill is amended, the reputation and standing of these new institutions will be in serious jeopardy before they are even off the ground,” she said.

“Technological universities are the Government’s answer to the educational and innovational demands from those regions without a university, and we have to ensure that they actually embody the higher standards they are supposed to.”