Catholic schools still account for over 90% of primary enrolments 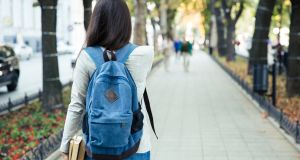 Enrolment figures for the 2017/2018 academic year show total enrolments in mainstream primary schools stood at 555,241, up by just over 5,000 or 1% over the previous year

Multi-denominational schools are the fastest growing school patrons in the State, with pupil numbers growing 10 per cent in the last year alone.

However, the vast majority of pupils remain in denominational schools, with Catholic schools accounting for more than 90 per cent of enrolments at primary level, new figures show.

Preliminary enrolment data for the 2017/2018 academic year released by the Department of Education show pupils numbers overall are growing. Total enrolments in mainstream primary schools stood at 555,241, up by just over 5,000, or 1 per cent, over the previous year.

Almost half of this increase was in enrolments to multi-denominational schools, which increased by 9 percent at primary level with an additional 2,448 pupils.

This compares with denominational primary schools, which increased by 0.5 per cent, or 2,593 pupils.

Similarly, almost half of the increase in secondary schools was in multi-denominational schools which increased by some 20 per cent, or 2,486 pupils, year-on-year.

Denominational secondary schools saw their numbers rise by 2,699, equivalent to an increase of almost 1 per cent.

Secondary schools where all subjects are taught through Irish grew by 600 pupils, more than twice the rate (3 per cent ) of the general increase for all secondary schools.

When broken down by ethos, Catholic schools dominate at second level with 52 per cent . They are followed by interdenominational schools (40 per cent), which are defined by the department as being under the patronage or trusteeship of more than one religious faith.

The remainder of second-level pupils attended multi-denominational schools (4 per cent), which are defined by the department as those that do not provide faith formation, such as Educate Together, and Church of Ireland schools (3 per cent).

“This Government is strongly committed to providing more choice and diversity. We are committed to delivering 400 more multi-denominational schools by 2030.”

“I announced a new process to accelerate this provision last year, and we will continue to work towards increasing choice and diversity for parents and children.”

The figures come as debate continues over a cap on enrolment at five Educate Together schools which have been told to limit their junior infant enrolment to just 13 pupils per year.

This, they say, has forced them to turn away dozens of children and families in recent months.

Minister for Education Richard Bruton, however, has rejected claims that a new policy is in place, and said it was made clear from the outset that half-stream classes only had only been authorised.

This was because these schools were set up in areas of stable population growth, and the department’s priority was to provide sufficient school places in areas of demographic growth

“We are not in a financial position to build additional schools just because people do not want the schools that are already in place,” he told the Dáil recently.

A department spokeswoman said proposals to increases the intake for these schools would be reviewed in conjunction with new demographic data, available accommodation and capacity levels of all schools in the relevant areas.

Educate Together chief executive Paul Rowe, meanwhile, has called on the Minister to lift the cap.

“Families in Tramore, New Ross, Trim, Tuam and Castlebar are not asking for additional schools. They are asking the schools which the Government opened less than three years ago to be allowed to grow in line with demand, and for suitable accommodation to be made available to allow that to happen.

“Educate Together agreed to open these schools on the basis of their long-term viability as full-stream developing schools.”