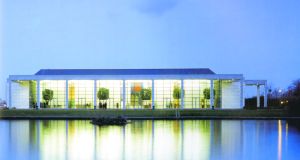 Irish higher education is home to two of the world’s top nursing courses, according to the latest world university ranking.

The QS World University Rankings by subject, released on Wednesday, ranks the world’s top universities for the study of 48 different subjects.

It is one of six subject areas where Irish institutions placed in the world’s top-50 this year.

Overall, Ireland’s strongest subject is nursing, with four universities in the global top 100.

However, they also reveal weakness in the subjects relating to engineering and technology (only one top-100 placing).

In total, 10 Irish universities are featured 127 times across the 48 subject tables, with 30 improvements recorded.

However, once Trinity College Dublin’s improvements are excluded, the number of drops in rank recorded by Irish institutions (22) exceeds the number of improved performances (10).

DCU’s communications and politics programmes were rated among the top-200 in the world.

Globally, Harvard University is again the dominant institution, ranking number-one for 14 subjects. It extends its lead over Massachusetts Institute of Technology (12 number-one departments).

The only other institution to take more than one number-one position is the University of Oxford, which remains top for four subjects. In total, Asian institutions rank in the top 10 thirty times, 12 of which are attributable to Singapore’s institutions.

The UK’s universities remain resilient in the face of Brexit, taking 10 number-one positions.