School is out – but homework continues online for some students

Growing numbers of teachers are using technology to live-stream classes 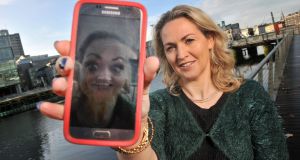 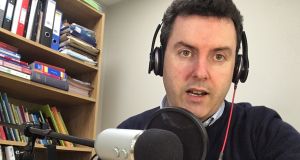 John Gavin, an Irish teacher based in Limerick, who is provding work for his students online during the school closures.

Many school pupils were celebrating the prospect of several days free of school and homework yesterday.

But for John Gavin’s pupils in a Limerick secondary school, the prospect of blizzard-like conditions was no excuse for missing out on schoolwork.

“I told them I’ll be uploading a screencast of what we’re working on in class,” says Gavin, an Irish teacher. “Essentially, I’ll be delivering classes online – it’s just the class won’t be physically there with me... They shouldn’t miss out on anything.”

Gavin is one of an increasing number of teachers and educators using a range of online tools – such as Edmodo, Moodle or even Snapchat – to share video tutorials and assignments for classes.

The upside is that even the worst weather emergencies mean dedicated students are able to keep up on their coursework in the run-up to exams. The downside is there are even fewer excuses available for less motivated students to avoid homework.

The timing of this week’s school closures is particularly challenging for many exam-year students who are preparing for the oral exams in just a few week’s time.

“Take Irish – this is our busiest time of year. Students are in the process of the mock orals,” says Gavin. “The Leaving Cert orals begin in four week’s time. Losing time at this time of year can feel critical for many students.”

Technology, however, means they are able to keep up with coursework online.

This week he is advising his students to prepare for one of the oral exam’s most daunting challenges: the “sraith pictiúr.”

These are a series of pictures that higher and ordinary level students are required to speak about in detail.

“It’s what we call ‘obair an asal’, or donkey work. It takes time to prepare. I try to make it as colourful and interesting as possible. In all, there are about four hours worth of material on there for the students, which would take weeks to get through in class.”

Such is the demand from other students for these supports he has created a downloadable Leaving Cert Irish app (www.leavingcertirish.com), which contains most of the work he does for his class.

He will also do a free two-hour live streamed class on the oral exams on Friday available to all students.

Natasha Lynch is another educator who is seeing demand for help from students soar due to the school closures.

She is a French tutor and founder of Essential French, which provides grinds to Junior and Leaving Cert students.

Lynch has been building Snapchat videos into her classes, taking “snaps” of her lessons and building up a huge audience online in the process.

On Wednesday afternoon, she says her account kept crashing with the volume of students. Her free live webcast, meanwhile, attracted thousands of students.

The snippets of lessons she posts online aren’t your typical classroom fare. Lynch adopts the persona of “Madame Menton”, a slightly bonkers French schoolmarm who dispenses colourful lessons with a dollop of good humour.

She uses Snapchat’s drawing feature to add on colourful filters and oversized chin to complete the effect.

“It can get a bit boring listening to me, so Madame Menton comes on and livens things up,” she says. “In fact, she can be very bold. It engages them and makes them laugh.”

Eamon Toland, founder of the TheMathsTutor.ie, has also seen how students’ anxiety levels have spiked due to the school closures.

He has decided to make his subscription-based system free to access for much of this week’s school closures due to the volume of interest.

“It’s a worrying time of year in the run up to exams – and the school closures don’t help. This is something constructive we can offer,” he says.

“I asked them if they could have one app on their phone what would it be? They all said Snapchat. Facebook and Twitter are dead in the water for that demographic.

“I now find that kids are waiting for the Snapchat account to be updated. We’ve doing quizzes and competitions. It’s constant engagement, but it’s very rewarding.”