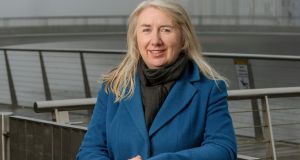 Sinead McNamara: she says the break-ups she is seeing are not being caused by the pandemic so much as the pandemic is speeding up a process that was probably inevitable. Photograph: Daragh McSweeney/Provision

Cork solicitor Sinead McNamara has seen a 20 per cent to 30 per cent increase in separation and divorce cases arising from the Covid-19 restrictions.

“There is always a spike after Christmas because people have been living in close proximity, under pressurised conditions, for a period of time, and it focuses the mind and they make decisions. So Covid has been a little bit like the Christmas period in that regard,” she told The Irish Times.

A partner with Fitzgerald Legal and Advisory, Ms McNamara has been working in the family law area for 20 years, working with clients from across Munster.

The rise in inquiries coming into the firm’s Lapps Quay office in Cork City comes from the way couples are spending more time in each other’s company because of the pandemic.

“If there were little cracks in the relationship pre-Covid then living under the microscope, where both parties are living at home, and under each other’s feet, 24-seven, and living at home during the home-schooling months, with children that needed entertaining thrown into the mix, well, a lot of people found themselves living in a cauldron.”

Usually people might have “dusted themselves off and got on with things”, going out to work for eight to 10 hours a day, and only seeing their partner for two hours or so when they got home.

“People were sort of putting up and shutting up, whereas now people’s eyes have been opened that their relationship is broken, and irreparably broken, and they are seeking to regularise their situation.”

In her view the break-ups she is seeing are not being caused by the pandemic so much as the pandemic is speeding up a process that was probably inevitable.

“They were marriages that were struggling anyway, and the difficulties were put under the spotlight because of the conditions we are living in, and people just decided ‘that’s enough’.”

Instances of domestic violence are certainly being mentioned more. Not just physical violence but also “coercive behaviour” that might not have manifested itself under normal circumstances.

“But because people are living in such concentrated conditions these issues are coming to the fore.

“We can’t ignore the fact that some people are under pressure financially. That brings its own reactions, sometimes very adverse ones, and those closest to [the people feeling pressure] sometimes bear the brunt of it.”

Legal aid should be improved for those who cannot pay. It is is available, but often people have to wait. “Living in an unhappy marriage and not being able to do anything about it because of a lack of finance is very difficult for people.”