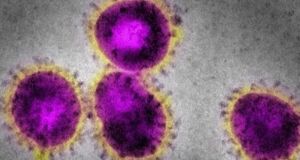 Ireland should keep in place current Level 5 restrictions against Covid-19 until each county attains zero cases, according to a group of scientists advocating the elimination of the virus.

This approach would capitalise on the closure of schools over the Christmas period and so reduce cases even faster, the Independent Scientific Advocacy Group (ISAG) said.

According to the group, Ireland should “aggressively suppress” virus transmission and reduce cases to zero as part of an explicit policy of “no active cases” in the community.

“The result will be a fully open economy and normal social life, without significant restrictions within the country.”

In a paper setting out its strategy to “rid” the country of Covid-19, the group says Ireland’s current approach leaves us vulnerable to a series of further waves of infections next year, with resultant lockdowns, before vaccine-based immunity becomes a reality in late 2021.

Ireland should learn from the examples of other countries that have successfully eliminated the virus and resumed normal life, it said.

Among the measures proposed are a mandatory 14-day quarantine for international travellers, the restriction of inter-county movement within Ireland, extra resources for public health doctors tracing cases and greater a emphasis on building ventilation.

Border counties would be treated “just like any other county” with traffic between the North and the Republic regulated by Covid-19 checkpoints.

The rapid isolation of carriers and their close contacts can only be achieved when case numbers are under 100 a day – currently, they are about 300, the groups says.

“Each case that emerges must be dealt with like a murder: swift and thorough contact tracing and testing to nip outbreaks in the bud.”

Measures would be deployed and lifted geographically, so that if a county reached a low number of cases, restrictions would be lifted there so “efforts and sacrifices are rewarded immediately by county”.

Adjacent counties with low case numbers could form a “bubble” with free travel between them.

Where outbreaks occur, “certain economic sectors” would close first to help get cases down; high-risk sectors would include “large chunks of the service economy”.

The ISAG said its plan would work even in the absence of significant co-operation between the Republic and the North.

Government Ministers have explicitly ruled out the “zero-Covid” approach recommended by the group.