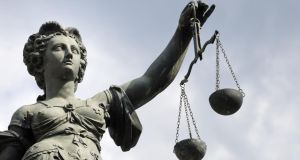 A signed plea of guilty is the quickest way an abuser can accept responsibility for their crimes.

Only six serious sexual offenders dealt with by the Central Criminal Court in the past seven years entered signed pleas of guilty, an analysis by The Irish Times reveals.

It means signed guilty pleas are entered in as few of 1 per cent of cases finalised before the court, which handles all rape and serious sexual offences committed in Ireland, since 2012.

Abuse survivors have described the figure as “shockingly low”.

A signed plea of guilty is the quickest way an abuser can accept responsibility for their crimes. It spares victims the often long-drawn out “secondary trauma” of thinking they will have to give evidence in court. It is a practice that should be encouraged, according to the Court of Appeal in a recent judgment.

The majority of serious sexual offences that come before the Central Criminal Court result in guilty pleas but these pleas are typically not made until months or even years have passed since the allegations were first reported.

Nonetheless, these delayed pleas have regularly been credited by sentencing judges as “early pleas of guilty”.

Abuse survivor and campaigner Shaneda Daly said the practice needed to be distinguished from other guilty pleas. She said signed pleas of guilty – which are made before the district court, at the earliest stage of proceedings – “shorten the whole court process”.

“It’s shocking to realise that most cases [in the Central Criminal Court] last on average four or five years, and some a lot longer.”

Figures for the number of rapists and serious sex offenders dealt with by the Central Criminal Court each year are difficult to ascertain. However, The Irish Times understands the court finalises about 70 such cases every year. It means the percentage of those cases which involved signed pleas of guilty between 2012 and present could be less than 1 per cent.

The figure was “shockingly low”, said Ms Daly of the mere six signed guilty pleas which have been recorded since 2012.

Noeline Blackwell, chief executive of the Dublin Rape Crisis Centre, said simply reporting “the crime of rape is extremely difficult for people”, and the trial process had not been made easy. “People say going to court is like being raped all over again,” she said.

Ms Blackwell added: “One of the reasons people will put themselves through it is because they want the recognition and acknowledgment that harm was done to them and that they did suffer the crime of rape.

“If there are circumstances where people admit their guilt at an early stage, it won’t stop the harm of the rape but it stops further damage happening.”

One of the six cases in which signed pleas of guilty were entered involved the perpetrator of a horrific rape of two young girls in Athlone in 2013. The offender, who could not be identified in relation to the case, told gardaí he would be pleading guilty while he was still in Athlone Garda station. He did so after consulting his barrister and instructing solicitor, Gearóid Geraghty, hours after the incident.

In 2016, Rafael Tiso raped an intoxicated woman in the Camden Street area of Dublin in the early hours of the morning. The injured party was no longer capable of giving birth naturally, as a result of the rape.

Tiso’s solicitor, Philip Lee, wrote to the gardaí eight days after the rape indicating that his client would be pleading guilty. This was followed up by the entry of signed pleas of guilty in the district court, before the case even reached the Central Criminal Court.

President of the Court of Appeal Mr Justice George Birmingham said Tiso’s signed plea of guilty was “of enormous assistance to the injured party”. He said the three-judge court “would have dismissed the appeal and upheld the sentence” had the case not featured the “highly unusual” circumstance of a signed guilty plea.

“In the court’s view, an approach of entering signed pleas of guilty in the District Court [before the case even reaches the Central Criminal Court] is to be encouraged and merits particular consideration,” Mr Justice Birmingham said.

“Eight days passed between the event itself and the indication to the gardaí that a guilty plea would be lodged. Three months later, Mr Tiso entered his signed pleas before the District Court. Just over a month later, these pleas of guilty were confirmed in the Central Criminal Court. The sentencing hearing itself took place on 1st November, 2016. The case, outside of this sentence appeal, was complete within 10 months,” the judge said.

1 Man found guilty of murdering girlfriend during drinking session
2 The real Contagion virus is out there and it’s causing virologists to worry
3 Postmortem results on mother and two children found dead in Dublin due on Friday
4 Cork shootings: Father and sons to be buried in two separate funerals
5 First full moon on Halloween night since 1955 will be rare ‘blue moon’
Real news has value SUBSCRIBE